P300-M worth of fake items seized in Binondo; 10 arrested – CIDG 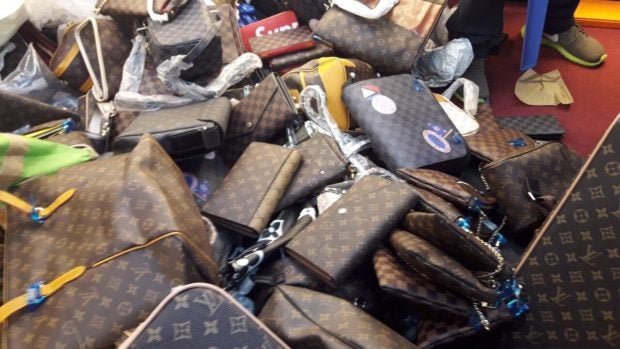 MANILA, Philippines – Ten suspects were apprehended after police seized more than P300 million worth of fake goods inside a mall in Binondo, Manila on Thursday afternoon.

The Philippine National Police-Criminal Investigation and Detection Group (PNP-CIDG) served 12 search warrants for violation of the Intellectual Property Code of the Philippines on the suspects inside a shopping mall at 12:45 p.m.

The search warrants were issued after a representative of a legal consultancy service complained to CIDG’s Anti-Fraud and Commercial Unit (AFCU) about counterfeit Louis Vuitton items in Binondo.

The suspects are now under the custody of CIDG AFCU while appropriate charges are being prepared against them before the Office of the City Prosecutor of Manila./ac