Note to LGUs: Is that still ‘ayuda’ or vote-buying? 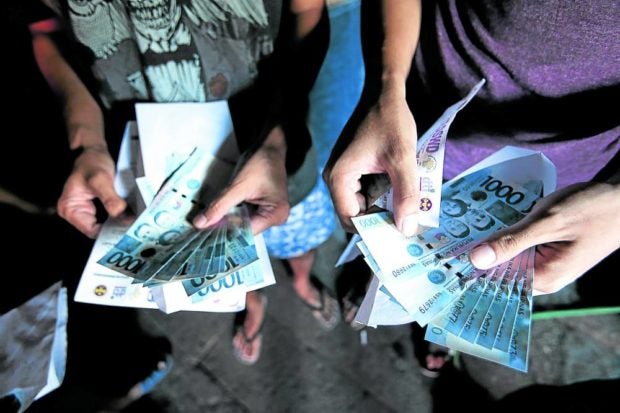 MANILA, Philippines — Local government unit (LGU) officials must first get permission from the Commission on Elections (Comelec) before distributing any form of “ayuda,” or financial aid to their constituents, during the campaign period, or they might be accused of electioneering and disqualified from holding public office, according to the Department of the Interior and Local Government.

“Because it is election time, it’s treading the thin line. It might be interpreted as vote-buying depending on how it is appreciated by the complainants to Comelec,” Interior Undersecretary Epimaco Densing III said in an interview with CNN Philippines on Tuesday.

Densing noted that there were ongoing national and local government programs, projects and activities. “But since it’s campaign period, to ensure it does not count as electioneering, it’s better to seek Comelec’s permission,” he said.

Comelec Resolution No. 10747 sets the guidelines prohibiting the release, disbursement or spending of public funds from the start of the local campaign on March 25 until May 8, before Election Day.

Candidates and their family members within the second civil degree of affinity or consanguinity are strictly prohibited from participating directly, or indirectly, in the distribution of cash, goods, or merchandise for scholarships, assistance for burial, health-care, calamity and other similar programs.

Projects that are exempted include work to maintain public works; work or activities resulting from a contract though public bidding held or awarded before March 25; and emergency work due to a calamity.

Violation of the election spending ban will be considered an election offense. Those convicted could be permanently disqualified from holding public office and face imprisonment of up to six years.

“We will afford due process to all and we will not allow our judgment be swayed by publicity or popularism,” Commissioner George Garcia, a member of the task force, said in a statement.

Decisions by the task force will be based on facts and evidence presented, and the applicable law that was violated, he said.

“These initial cases are the beginning of everything, a warning to one and all that we have an awakened citizenry with the highest sense of maturity,” Garcia said.

He did not give details, but one complaint seen by the Inquirer accused Pharmally Pharmaceutical Corp. executive Rose Nono Lin and 16 others of “massive vote-buying operations” in Novaliches, part of Quezon City’s fifth district where Lin is running for representative.

A group of 30 complainants alleged that Lin, barangay officials and private individuals “conspired to give money to thousands of Novaleños in daily payouts in one of their many headquarters.”

The complainants said they documented 237 instances of vote-buying where voters were given P500 cash each under the guise of ayuda or “scholarship.”

“This false and malicious allegation is clearly part of a black propaganda orchestrated by the opposing camp, which started in March when Ms Lin has started leading the poll surveys in Quezon City District 5,” it said in a statement sent to the Inquirer.

Both Lin and Susano are claiming to be part of the ticket of presidential aspirant Ferdinand Marcos Jr. and his running mate Sara Duterte.

Lin was ordered arrested by the Senate blue ribbon committee in January after she failed to attend the hearing on the controversial pandemic supply contracts awarded to Pharmally.She secured an injunction order from the Pasay City Regional Trial Court Branch 112 last month temporarily barring the committee from arresting her.