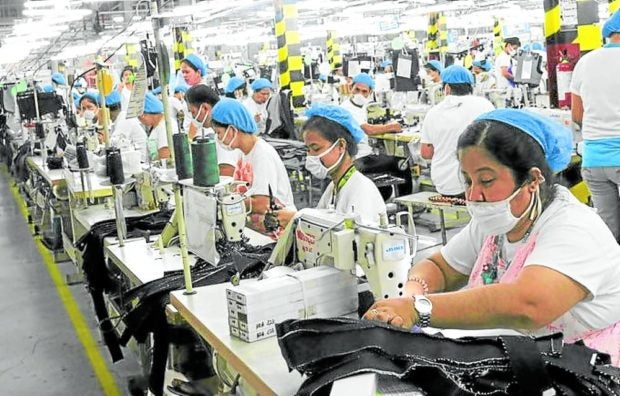 LOW PAY, HIGH PRICES | Workers are demanding higher pay to be able to cope with the higher prices of basic commodities. (FILE PHOTO)

MANILA, Philippines — Four petitions have so far been filed before the Metro Manila wage board seeking to increase the daily minimum salary of P537 to anywhere between P750 and P1,007.

Sarah Mirasol, the Department of Labor and Employment-National Capital Region director, said the petitions filed by three groups had been consolidated. Unity for Wage Increase Now and Metro East Labor Federation both sought a P750 daily minimum wage while Solidarity Union in the Philippines for Empowerment’s proposed daily minimum pay ranged between P750 and P787.

The Trade Union Congress of the Philippines (TUCP), on the other hand, re-filed its petition for a P1,007 daily minimum wage rate after amending its petition to cover only minimum salary earners.

Mirasol, chair of the Regional Tripartite Wages and Productivity Board, said that the panel might consider TUCP’s petition at their next meeting.

According to her, the wage board could not act on the original TUCP petition since it pushed for an across-the-board pay hike for all private sector workers, when the board’s mandate was limited to fixing the regional minimum salary under Republic Act No. 6727.

Mirasol added that they would hold a public consultation with the labor sector on April 8 followed by another one for employers on April 19. She said they would schedule a third hearing for both sectors and other concerned organizations.

Labor Secretary Silvestre Bello III last month ordered wage boards across the country to speed up the review of minimum daily salaries to help workers and their families cope with rising fuel prices aggravated by the ongoing Russia-Ukraine conflict.

According to Bello, the current daily minimum wage in Metro Manila may not be enough to sustain workers as the price of basic commodities also go up.