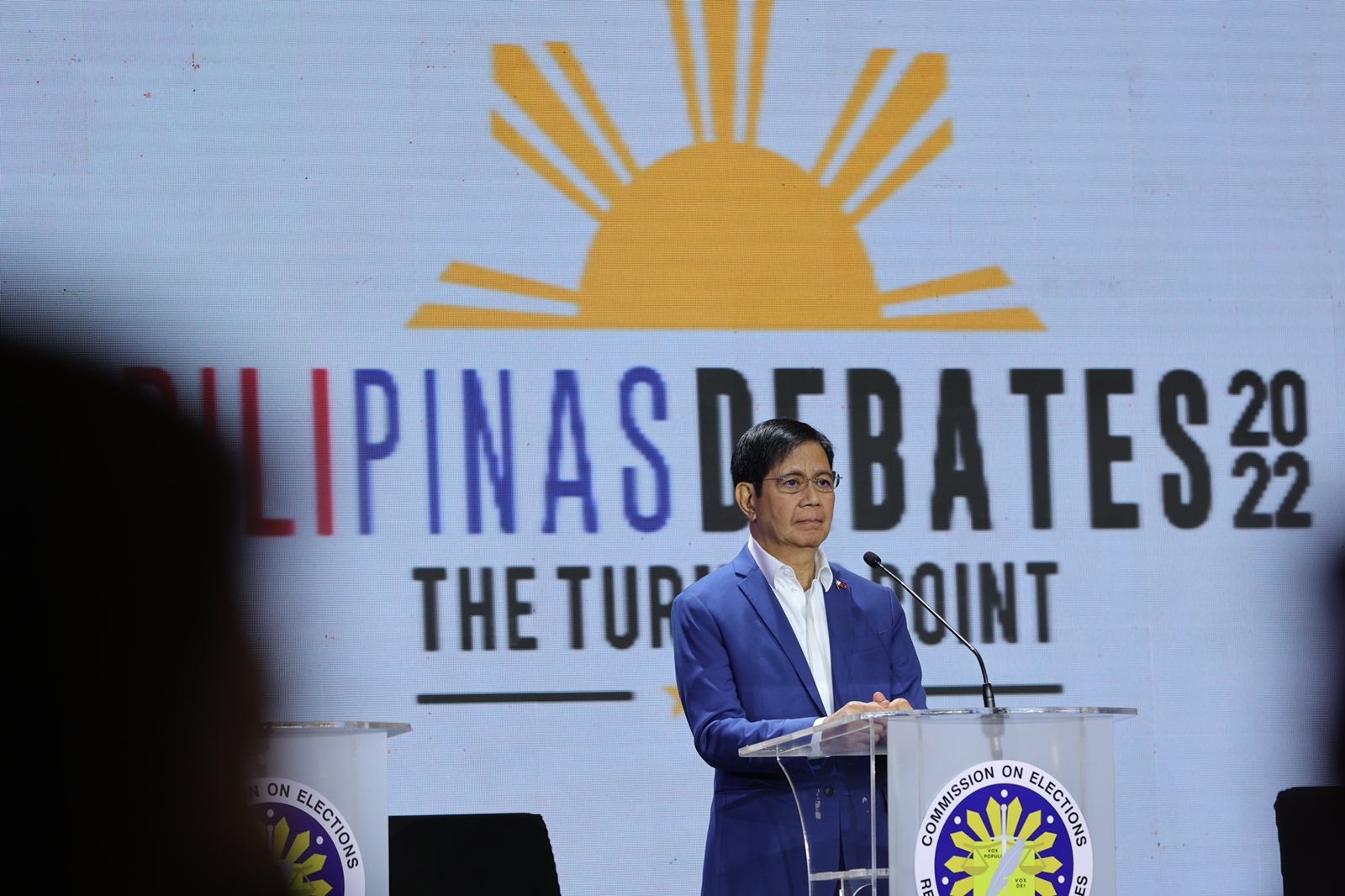 TAGBILARAN CITY, Bohol — The debate was “boring” and had “confusing” questions.

This was how presidential candidate Senator Panfilo Lacson described the latest Commission on Election (Comelec) debate.

This, after he was asked about his earlier tweet, saying that the second round of the Comelec-organized presidential debate on Sunday, April 3 “wasn’t as exciting as most people who watched would have wanted.”

The COMELEC debate last night wasn’t as exciting as most people who watched would have wanted. Questions were not direct nor specific, even unclear sometimes. Translation: Boring.

Lacson suggested asking questions that are “simple and direct to the point.”

(I noticed that the discussion became boring because like I said, everybody was confused in answering the questions.)

Earlier, the Comelec announced changes in the second round of its presidential debate, with bets grouped into three to debate on the same topic.

READ: Comelec says prexy bets to be grouped into 3, to debate on same topic

The group members changed for each segment. It was randomly pre-determined through draw lots prior to the debate. Candidates were given two minutes to answer with 30 seconds for rebuttal.

During Sunday’s debate, presidential candidates were asked about topics regarding political dynasties, turncoatism, and corruption in the Philippines, among others.

Prexy bets tackle root cause of corruption in PH