Prexy bets tackle root cause of corruption in PH 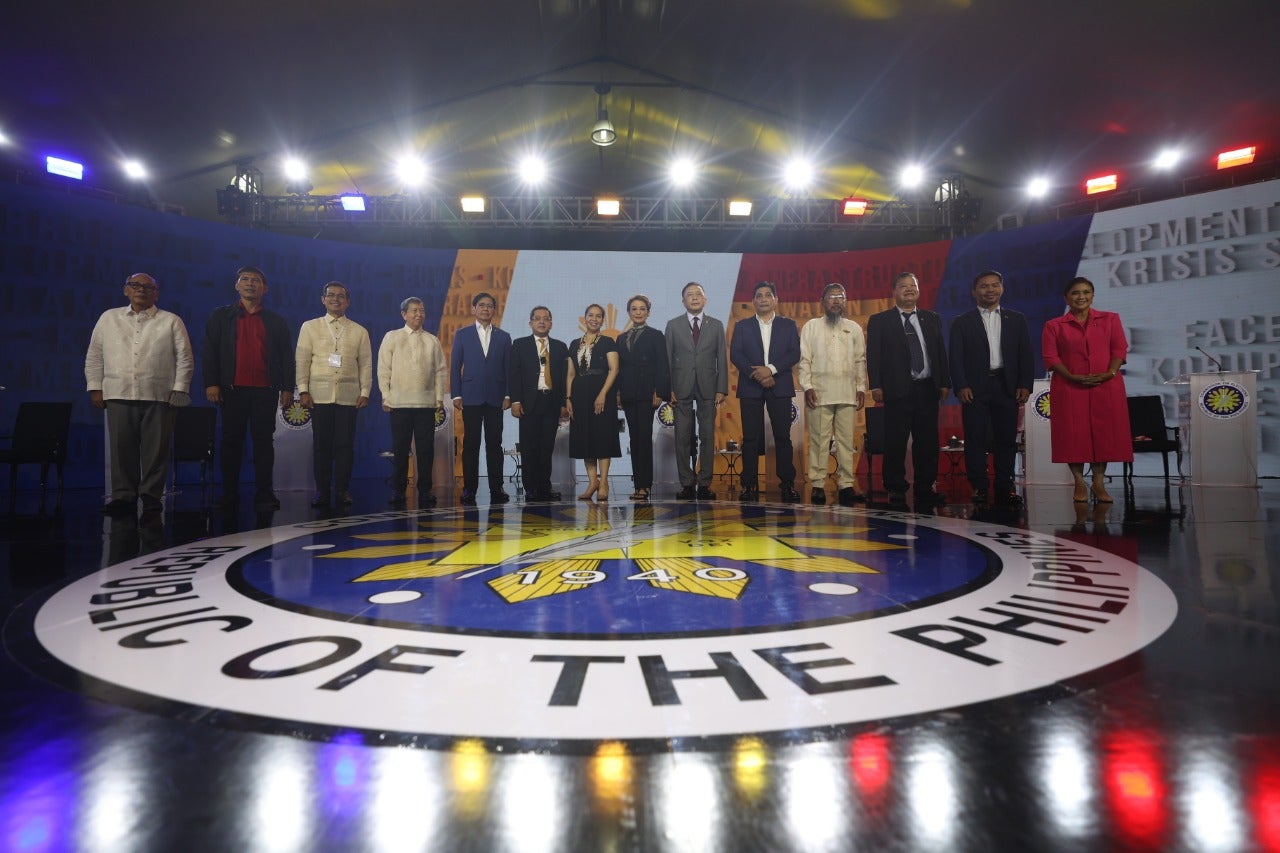 MANILA, Philippines — Nine presidential contenders on Sunday weighed in on the root cause of corruption in the country.

Each candidate who attended the second round the debates organized by the Commission on Elections (Comelec) were given 90 seconds to answer if corruption in the country is caused by its weak laws and systems or because of the weakness of its leaders.

All candidates except for former senator Ferdinand “Bongbong” Marcos Jr. — attended the debate on Sunday.

Five candidates said corruption is due to the weakness of the country’s system and laws. Among these was labor leader Leody de Guzman, who stressed the need to reinforce existing laws against corruption, and anti-corruption institutions.

He also proposed the need to reform the election system, and pushed for the banning of political dynasties.

Former Defense Secretary Norberto Gonzales, meanwhile, stressed the need for the country to shift to a parliamentary system.

(In a parliamentary system, the competence of every leader comes out. And that will be the basis, not money)

Businessman Faisal Mangondato, for his part, said it is high time to “leave the old system behind.”

Former Presidential Spokesperson Ernesto Abella added that corruption is due to the country’s system, stressing the need to include civil society organizations (CSO) in the composition of local government units.

(So this is our challenge to our countrymen, let’s not put all the responsibility of running a clean government on the shoulders of the president, we must join in it.)

Senator Panfilo “Ping” Lacson, on the other hand, was the only one who said that it is due to the weakness of the leaders in the government, adding that the existing laws and institutions are strong.

(If the leader is not able to do what he is preaching, he will not succeed, we have the anti red tape act, we have the government procurement act, there are so many laws)

(So the weakness is not in the system, it is in the person who implements it. That is what we must strengthen, the management system.)

The other three candidates meanwhile said that the root of corruption is a combination of both factors.

Lawyer-doctor Jose Montemayor Jr. said no matter how good the country’s system and policies are, “any politician with an inherently corrupt attitude will find a way to penetrate it.”

(But there are also those who have good habits but are carried by the flow of bad policies and systems. It is a combination of attitude and systems.)

Senator Manny Pacquiao also cited both factors, but explained that accountability is what the country really needs to curb corruption.

(That is the problem in our country that we have been shouting for a long time and want to solve.)

He then vowed that if he is elected, he will fill his proposed mega prison with corrupt politicians.

Vice President Leni Robredo shared the other two’s sentiments, who said that the system should force politicians to be good, reiterating also the need for accountability and transparency.

If elected president, Robredo said her first executive order will be a full disclosure policy which requires all government policies and instrumentalities to make public all their transactions, contracts procurement even without the need of requests from anyone.

(Third, empowerment. People need to know and be part of the process so that they can monitor the placement of people’s councils, etc.)