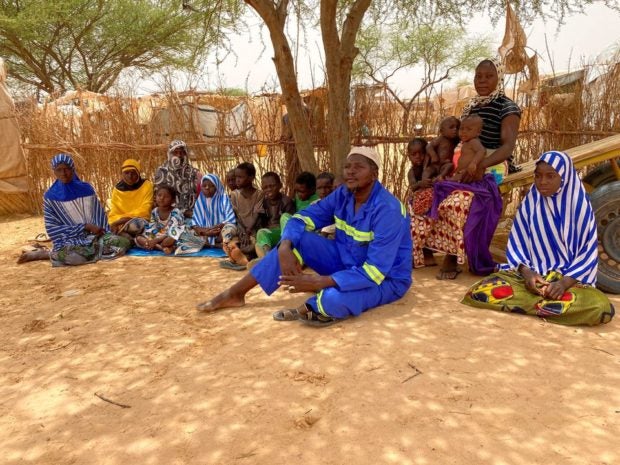 Residents of the Nigerien village of Zerma Dare sit in a camp for displaced people in the town of Ouallam, Niger, July 6, 2021. Picture taken July 6, 2021. REUTERS

DAKAR — West Africa is facing its worst food crisis on record driven by conflict, drought, and the impact of the war in Ukraine on food prices and availability, aid agencies said on Tuesday.

There are about 27 million people suffering from hunger in the region and that number could rise to 38 million by June, a 40% increase from last year and a historic high, said 11 international aid organizations in a joint statement.

Large swathes of West Africa, including parts of Burkina Faso, Mali, Niger and Nigeria, are facing Islamist insurgencies that have forced millions of people off their land. Along with Chad, those are the countries most affected by hunger.

The region has also seen worsening floods and droughts due to the effects of climate change, making it harder to farm. Cereal production in 2021/22 was down 39% year-on-year in Niger and 15% in Mali, according to West Africa’s Food Crisis Prevention Network.

On top of that, global food prices have surged and trade has been disrupted due to Russia’s invasion of Ukraine. Border closures due to COVID-19 have also had a negative impact, the Food Crisis Prevention Network said.

“What is new and worsening is mainly all the displaced people and abandoned land because of conflict, but also we are witnessing new drivers,” said Assalama Dawalack Sidi, Oxfam’s regional director for West and Central Africa.

Six West African countries import 30-50% of their wheat from Russia and Ukraine, according to the United Nations Food and Agriculture Organization (FAO).

“Many donors have already indicated that they may cut funding for Africa to pay for refugees in Europe,” she said.

Virus choking off supply of what Africa needs most: Food

Hunger blights the future of newborns in Chad