US considers vaccines to protect poultry from deadly bird flu 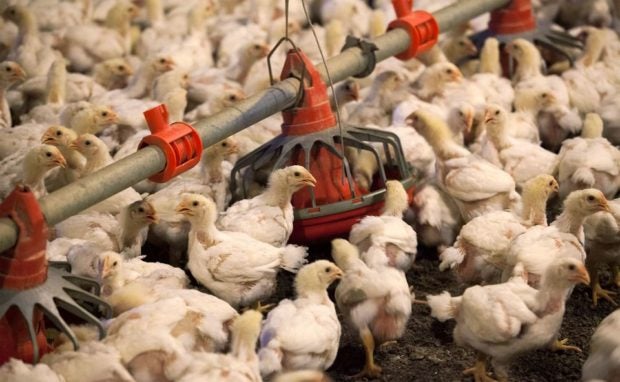 CHICAGO — The U.S. Department of Agriculture is looking into vaccines as an option to protect poultry against deadly bird flu, the agency’s chief veterinary officer said as the country faces its worst outbreak since 2015.

Supporters say vaccines could help keep poultry alive, prevent financial losses and control food costs, though shots would be too late to stop the current outbreak that has wiped out 22 million chickens and turkeys in commercial flocks since February.

Previously, the United States has eschewed vaccines, worried that importers will ban U.S. poultry shipments because they cannot distinguish infected birds from vaccinated ones. The United States is the world’s second-largest poultry meat exporter a major egg producer, with shipments reaching $4.2 billion in 2020.

However, the USDA’s Agricultural Research Service is investigating the potential for a vaccine that could be distinguished from the wild type of virus spread to poultry, Chief Veterinary Officer Rosemary Sifford said in an interview.

“We feel strongly that if we could develop a vaccine like that, that would have less of a trade impact,” Sifford said. Researchers estimate that would take at least nine months to develop, she said.

Bird flu has hit poultry in Europe and Asia in addition to North America, and Sifford said the USDA is working with other countries on options for vaccines. Trading has suffered, as importers like China have blocked imports from more than a dozen U.S. states with outbreaks.

Though vaccines could protect poultry, some producers worry they would be cost prohibitive for chickens raised for meat, which only live about five to seven weeks.

“We recognize that in some extreme cases of severe outbreaks, maybe vaccination needs to be considered as an option,” Sumner said.

Viruses that could save millions of lives