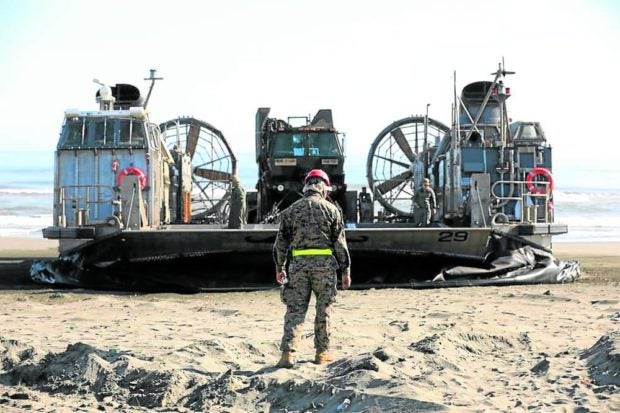 MANILA, Philippines — Almost 9,000 Filipino and American troops have been training together to increase combat readiness and interoperability in various joint drills for this year’s Balikatan, an annual military exercise designed to improve response effectiveness.

“We conducted the Calfex to improve our interoperability during combined and joint operations. This is one way of ensuring that we can operate jointly with our allies,” said Gen. Andres Centino, chief of the Armed Forces of the Philippines.

He added, “This also serves as an opportunity for us as we are procuring new equipment; we are able to test our new weapons and armaments.”

Other smaller exercises are being held in several military camps in Luzon.

The 38th ADA last week deployed for the first time a Patriot air and missile defense system in Aparri, Cagayan, through amphibious insertion.

The armies of the two countries trained for counter-improvised explosive devices and chemical, biological, radiological, and nuclear threats through practical exercises and lectures at Fort Magsaysay in Nueva Ecija, the Philippine Army said.

The 12-day exercise will run until April 8.

A first for Balikatan: US Patriot missiles in PH