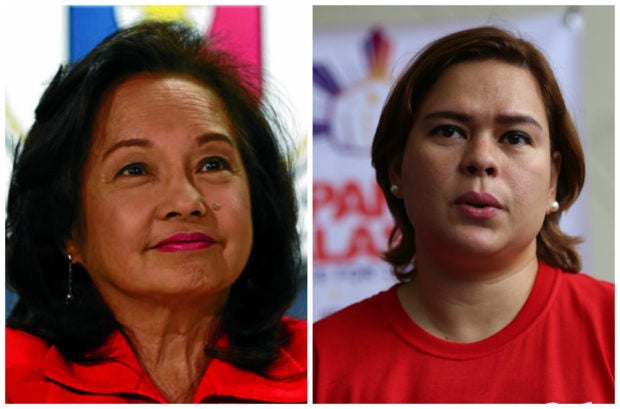 “Happy birthday to our former president, Gloria Macapagal-Arroyo. I wish you good health and happiness,” Durterte-Carpio told reporters when asked for a message for the former president and also former speaker of the House.

Duterte-Carpio attended the two advance birthday celebrations for Arroyo in Lubao and in Mexico towns, both in Pampanga, Arroyo’s home province.

“We thank her for her invitation to come here to the province of Pampanga to celebrate her birthday and to campaign here,” the mayor, who is running for vice president, said in a mix of Filipino and English.

Arroyo publicly campaigned for Duterte-Carpio during the event as she urged her fellow Kapampangans to deliver a “landslide” victory for the daughter of President Rodrigo Duterte.

The former president even wore a shirt with Duterte-Carpio’s face imprinted on it.

“With so much help that President Rody Duterte gave us here in Pampanga, let’s return the favor. Inday Sara should have a landslide victory,” Arroyo said.

Duterte-Carpio is running under the Lakas-CMD, where Macapagal-Arroyo serves as president emeritus.

The two women are not strangers to each other.  In 2018, that talk in political circles was that Duterte-Carpio played a hand in the ouster of then-House Speaker Pantaleon Alvarez to make way for the installment of Macapagal-Arroyo at the helm of the lower chamber.

Arroyo asks Pampanga voters to give landslide win to Duterte-Carpio