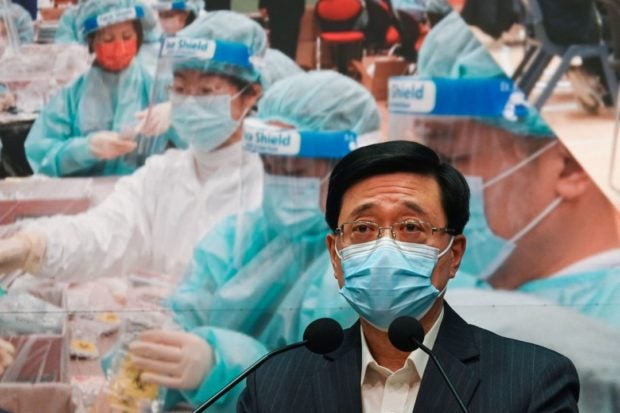 HONG KONG — Hong Kong’s chief secretary John Lee, the No. 2 official in the global financial hub, is set to resign in order to join a race in May to become its new leader, broadcaster TVB said, citing an unidentified source.

Lee, 64, a security official during the prolonged and often violent 2019 pro-democracy protests, was promoted in 2021 in a move some analysts said signaled Beijing’s priorities for the city related to security rather than finance or the economy.

Lee did not immediately respond to a request for comment.

Incumbent Chief Executive Carrie Lam has not yet said if she will seek a second five-year term at the election set for May 8.

It was pushed back from March 27 to give the government time to battle a COVID-19 outbreak that has infected more than a million of the 7.4 million people in the former British colony.

Since Hong Kong returned to Chinese rule in 1997, it has had four chief executives, who all struggled to balance the democratic aspirations of some residents with the vision of China’s Communist Party leaders.