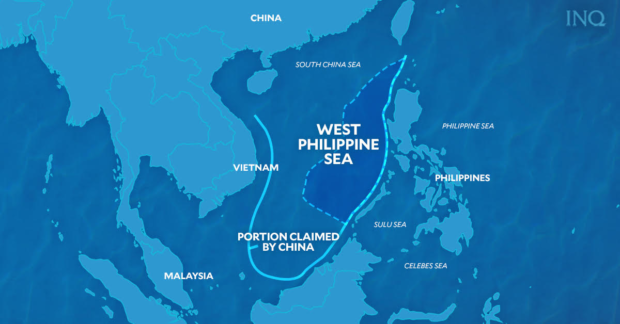 MANILA, Philippines — The Association of Southeast Asian Nations (ASEAN) will not be able to decide in a consensus vote whether or not to take a stand against China for its incursions and militarization of some islands in the West Philippine Sea.

This was the view of four presidential candidates who took part in the second debate organized by the Commission on Elections on Sunday.

They were asked this question: “What will you do to convince the ASEAN countries to unite to prevent China’s continued militarization of the various WPS islands?”

Gonzales said that ASEAN should shift to a majority vote because some ASEAN countries were aligned with China.

“What happened was that it was agreed that all decisions in ASEAN should be a consensus. But then there are two countries there that are somewhat controlled by the country we are talking about,” Gonzales said, speaking in a mix of English and Filipino.

“The move that can be made is that, instead of using consensus to make a decision in ASEAN, it should be a majority decision. When that happens I think we will be able to implement what we want to happen,” he added.

Abella, meanwhile, explained that some countries were apprehensive about taking a stand against China due to economic reasons.

“But it can be done through consolidating,” he said. “Let’s say, if the rule mentioned [by Gonzales] that it would be a majority [vote] instead of consensus [decision], they [the member countries] can be asked to announce their position.”

“Of course, we have what’s called the COC [Code of Conduct] that requires bilateral mechanisms –meaning, you could talk [about the issue]. But what we’re looking for is not an alliance but a statement of cooperation among the ASEAN [members]. That can be done through majority statements,” he added.

For her part, Vice President Leni Robredo said creating a Code of Conduct in the entire South China Sea would be hard. But the Philippines should take the lead in doing that, using the 2016 ruling of the Permanent Court of Arbitration that favored the Philippines.

“We should use it as leverage to convince fellow ASEAN countries to fight for this,” Robredo said.

Manila Mayor Francisco Isko Moreno Domagoso, on the other hand, said that members of the ASEAN would “most likely” not support the Philippines for “personal reasons.”

He said, however, that the United Nations General Assembly could be a venue for that.

“Vote for me as president and I’ll make sure that I’ll go to the General Assembly and I’ll ask all the members of the UN to recognize The Hague ruling,” Moreno said.

“Because, if we are called the United Nations and we all have obligations to each other, why is it that when you ask us [the Philippines] to fulfill an obligation you want us to comply, but if we are the one asking, it seems no help is coming for us?” he added.

Moreno then said that he would not tolerate incidents such as the recent maneuvering of a Chinese ship close to a Philippine Coast Guard ship.

“Any foreign vessel entering into our sovereign territory, I’ll make sure they will be a decorative item under the sea, within the Philippine ocean,” he said.

“We have to be certain in our rules so that this country, the way it was being done in other countries, will respect us. We have to implement them. It should not be that, when our fishermen are fishing, they used to get three tons but now they get only one tone because they are being bullied by a ship from another country,” he added.

Moreno said he would make sure that those responsible would be held liable, and he would order the ambassador of that country to explain before the Office of the President.