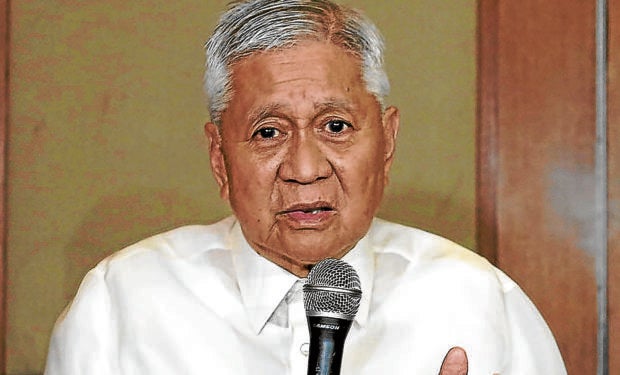 Del Rosario, in a statement, also warned that a successful Russian invasion of Ukraine would further embolden China to likewise use force to seize the West Philippine Sea from the Philippines.

Manila and Beijing have been locked in a maritime dispute involving the resource-rich South China Sea, where the West Philippine Sea is located.

“The international community must unequivocally show Russia and China that such illegal and despicable actions will warrant the most severe punishment the world is able to impose,” Del Rosario said.

According to Del Rosario, given the China-Russia alliance in addition to Chinese encroachments in the West Philippine Sea, “we should further reassess our political and economic exposure to China.”

With the ongoing conflict between Russia and Ukraine, the Philippines should also be ready with the possible tragedy closer to home: China’s invasion of Taiwan, according to the country’s former top diplomat.

Del Rosario suggested that the Philippines begin calling the around 5,000 overseas Filipino workers (OFWs) in Russia and its surrounding areas to come home.

“The downfall of the Russian ruble is now making the remittances of these OFWs worthless. Worse, the deteriorating economic condition of Russia, as a result of the West’s sanctions, are putting the lives of these OFWs in harm’s way,” he said.

Meanwhile, the Department of Foreign Affairs (DFA) has urged Filipinos who are still in Ukraine to contact the Philippine embassies and consulates for their repatriation.

The DFA placed Ukraine under Alert Level 4, meaning evacuation for Filipinos there is mandatory “due to the deteriorating security situation” following the ongoing Russian invasion.

Those who are near the southern border of Ukraine, on the other hand, may reach the Philippine Embassy in Budapest via email [email protected] or at +36 300-745656.

The DFA also noted the possible establishment of humanitarian corridors that would allow evacuees to exit Ukraine through its borders with Moldova and Romania.

To date, at least 63 Filipinos have been repatriated from Ukraine while 136 have been evacuated, according to DFA.