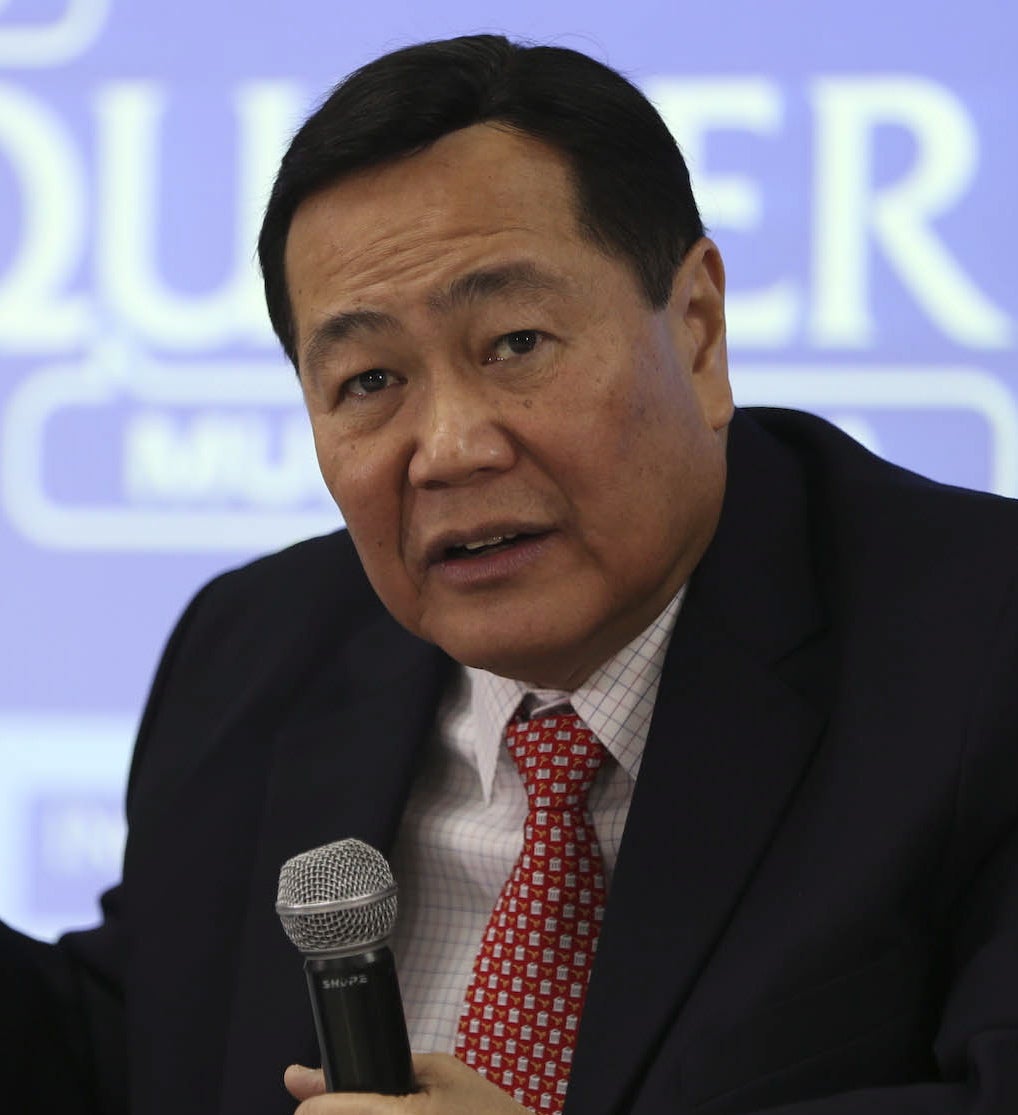 “We must strengthen the rule of law in compliance with peaceful settlement of disputes among states in accordance with the United Nations Charter,” Carpio said in an online forum hosted by Stratbase ADR Institute on Thursday.

“We do not want any state to resort to the use of force or the threat of force to settle territorial or maritime disputes as what is happening now in Eastern Europe,” he said.

Carpio, a staunch critic of Duterte’s policy on the country’s territorial row with China, reiterated that the countries that signed the United Nations Convention on the Law of the Seas acknowledged that “all the living and nonliving resources in the Philippines’ exclusive economic zone belong exclusively to the Philippines.”

Dindo Manhit, president of Stratbase, said a recent survey that they commissioned supported Carpio’s view as it showed that nearly nine out of every 10 Filipinos wanted the country’s next leader to “build on alliances in defending territorial and economic rights.”

“The Philippines cannot endure another term of defeatist and weak security and foreign policy, especially in the context of national security,” Manhit said.

Meanwhile, the opposition coalition 1Sambayan on Friday warned that Russia’s invasion of Ukraine may only motivate China to utilize its superior military might in expanding its presence in the West Philippine Sea and seize parts of the Philippine territory.

“The Philippines must resolutely oppose and condemn Russia’s invasion of Ukraine to prevent such unlawful act from being legitimized by state practice,” 1Sambayan said in a statement.

“A successful Russian invasion of Ukraine will further embolden China to likewise use armed force to seize the West Philippine Sea from the Philippines,” the group cautioned.

It lauded the Philippine government for joining 140 members of the United Nations General Assembly in condemning Moscow’s war of aggression against Kyiv, which had already claimed the lives of thousands of Ukranian civilians and Russian soldiers.

It said the Philippines was correct in invoking the Manila Declaration in opposing Russia’s violent attempt to occupy Ukraine.

1Sambayan said the international agreement, which was unanimously adopted by the General Assembly in 1982, “affirms the bedrock principle outlawing the use of force or threat of force to settle disputes between or among states.”

The group maintained that disputes involving nations must be resolved through negotiation, mediation or arbitration.“The world cannot allow Russia to resurrect and solidify by state practice what the UN Charter and the world have expressly rejected—that war is a legitimate means of acquiring or annexing territory.

“(T)he Philippines has a moral, historical and legal duty to uphold the fundamental principle of peaceful settlement of disputes between and among states,” it said.