US not worried about ‘Manchurian’ bets winning PH polls 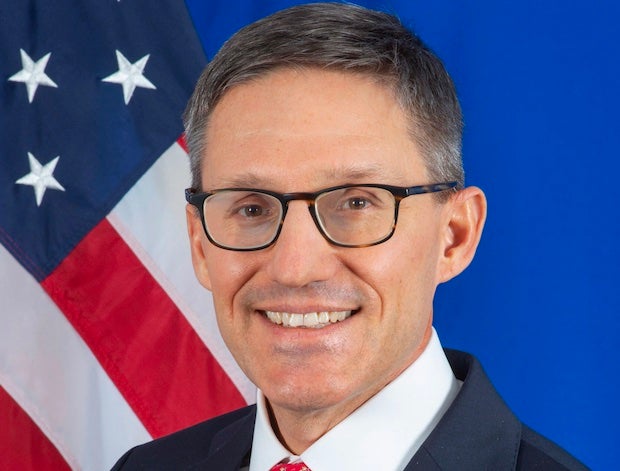 MANILA, Philippines — The United States is not concerned about “Manchurian candidates” in the Philippines’ election in May, a senior policy adviser to US Secretary of State Antony Blinken said Wednesday, citing the longstanding relationship between the two countries.

Journalists at a roundtable discussion specifically asked Derek Chollet, US State Department counselor, about the issue.

“No,” Chollet said. “We feel very strong about the partnership here, and we, of course, are watching the election closely because we care about democracy in the Philippines.”

“We feel confident that whomever is elected will uphold the trajectory that our relationship has been on for decades and build on the very solid foundation that we’ve established together to meet our shared challenges because, of course,” he further said.

A “Manchurian candidate” is a significant political figure or official covertly controlled by a foreign power. The term came from a popular 1959 political thriller, “The Manchurian Candidate,” by Richard Condon. A film version of the same title came out in 1962.

Previously, former Foreign Affairs Secretary Albert del Rosario urged voters not to choose candidates who were proving to be beholden to China. He warned that their victory in the May 9 polls would be “incomprehensibly catastrophic” for the country.

Meanwhile, Chollet said the US was “looking forward to working with whomever is elected.”

“The relationship between our two countries is not just a government-to-government, a president-to-president, you know.  Better than [that], it’s society-to-society. It’s people to people,” he said. “These are relationships that go back decades and so we feel like it is strong and that it can get stronger.”

Chollet was also asked about the possibility of former Sen. Ferdinand “Bongbong” Marcos Jr., who is the frontrunner in presidential pre-elections surveys, winning the elections and how Washington could ensure this would not influence the Marcos family’s cases in the US.

“I’m not going to get into any specifics here. I don’t want to speculate in terms of who the winner will be. All I can say is that whoever the winner is, we look forward to working closely with them and we will engage early and often with the new leadership here in Manila,” he said.

In 2012, a US Court of Appeals for the Ninth Circuit handed down a contempt judgment against Marcos Jr., his mother Imelda, and the estate of Ferdinand Marcos for violating an injunction that barred them from dissipating assets of the estate.

The contempt award meant that the Marcoses would not be allowed to set foot on any US territory.

Thousands of martial law victims also won a class action lawsuit for human rights violations against the estate of dictator Ferdinand Marcos in Hawaii in 1986, where they were awarded close to $2 billion.

In the upcoming elections, the US is also looking to send in observers in coordination with the Commission on Elections (Comelec).

“We in the embassy, working with Comelec, to field some embassy teams,” said Chargé d’Affaires ad interim Heather Variava of the US Embassy in Manila.

“I know there are some civil society organizations in the United States that are interested in coming to observe the elections as well and [we] providing support to connect them to Comelec and do it under the auspices of the Comelec observation program. We’re very much looking forward to doing that,” she added.