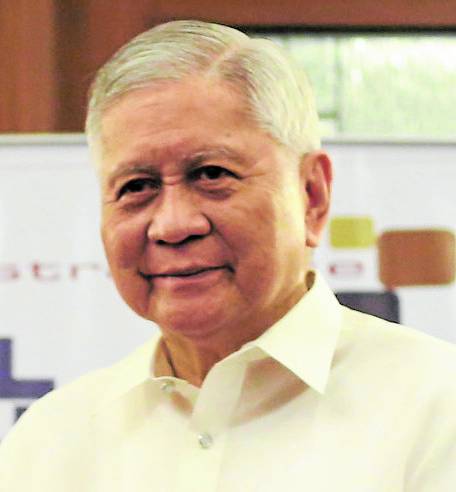 MANILA, Philippines — Former Foreign Secretary Albert del Rosario has called on the Filipino electorate to shun candidates who are proving to be beholden to China, warning that another six years run by leaders under Beijing’s influence would be “incomprehensibly catastrophic” for the country.

“These Manchurian candidates will deploy full power and money for the 2022 elections. If elected, they will rot the soul of our nation and undermine its pillars, leading to a bleak and tragic future for our countrymen,” Del Rosario said in a statement.

So-called Manchurian candidates, a phrase popularized by a 1959 American novel that was later made into films, refer to key political figures or officials covertly in the control of a foreign power.

“Another six years led by Manchurian candidates would be enough to give away our West Philippine Sea to a foreign aggressor and to callously forsake the livelihoods of our fishermen. It would be catastrophic not only for us, but for our children and grandchildren who have no choice but to bear the terrible burden of our benighted decisions,” said the former Cabinet official who served under the Benigno Aquino presidency.

He added: “We are in a crisis—a crisis fueled by disloyal Filipinos who will bring our country down for the benefit of an encroaching and powerful neighbor. If we elect Manchurian candidates again in May 2022, then we open our gates for our collective self-destruction.’’

During Aquino’s term, Del Rosario led the Philippine arbitration team that challenged China’s claim to nearly the entire South China Sea in the Permanent Court of Arbitration in The Hague. The Philippines later won in 2016 via a landmark ruling that invalidated China’s claims and upheld Philippine sovereign rights in its exclusive economic zone.

According to Del Rosario, Filipinos should “view with grave concern” the recent visit made by presidential aspirant Ferdinand “Bongbong” Marcos Jr. at the Chinese Embassy, where he was received by Chinese Ambassador Huang Xilian.

Marcos, the son and namesake of the dictator Ferdinand Marcos, went to the embassy as a guest in a ribbon-cutting ceremony on Oct. 20, a few days after filing his certificate of candidacy for president.

“Based on press releases, Marcos Jr. and the Chinese ambassador are not hiding this fact,” said Del Rosario.

Duterte-Carpio is running for vice president under the Lakas-Christian Muslim Democrats (Lakas-CMD), where Arroyo serves as president emeritus. On Wednesday, Duterte-Carpio accepted the post of party chair, less than a week after joining it for her candidacy.

Del Rosario recalled that in 2004, Arroyo allowed China to explore the West Philippine Sea through the Joint Marine Seismic Undertaking (JMSU) in exchange for Chinese funds for the Northrail and the ZTE National Broadband projects, in violation of the Philippine Constitution.

Del Rosario is one of the conveners of the opposition group 1Sambayan, which has endorsed the presidential bid of Vice President Leni Robredo.

Also a former Philippine ambassador to the United States, he has been critical of President Duterte’s close ties with China as reflected by his administration’s policies on the West Philippine Sea dispute.

Del Rosario claimed that Duterte, under the influence of China, has squandered the 2016 Hague ruling won by the Philippines and, as in the case of Pharmally Pharmaceutical Corp. which cornered billions of pesos in pandemic supplies, “allowed his Chinese friends to profit from the sufferings of our fellow countrymen amid the COVID-19 pandemic.”

Earlier, Del Rosario, citing “reliable sources,” also said ranking Chinese officials have been bragging that they had been able to shape the outcome of the Philippine elections in 2016, which put Mr. Duterte in power.

Duterte, who earlier announced that he was retiring from politics after his term ends in June 2022, filed a COC last week to run for senator.