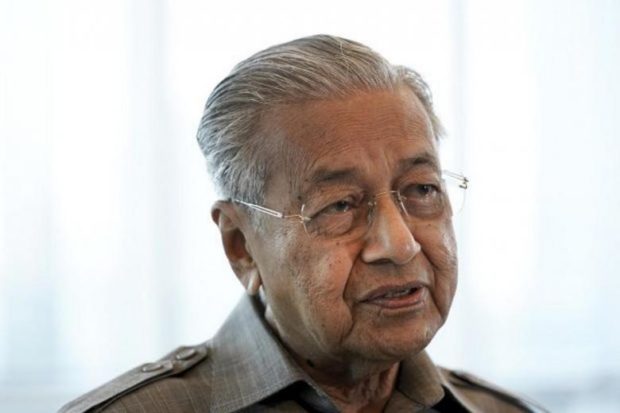 PETALING JAYA — Malaysia’s former prime minister Mahathir Mohamad thought he was not going to make it when he was admitted to the National Heart Institute (IJN) in January, he said in a speech on Monday (March 28).

A doctor himself, the 96-year-old said he did not know how the medical team managed to help him regain his health.

“To me, it is a miracle. I didn’t expect to live, I expected that I would die because I am old and also suffering from serious diseases affecting… my heart.

“But somehow, the doctors turned me around and eventually I was discharged and am quite well – not 100 per cent, but enough for me to continue with the little work that I have to do,” he said during an appreciation ceremony for the medical experts and staff who had treated him.

The event at Yayasan Kepimpinan Perdana in Putrajaya on Monday was recorded and uploaded to his YouTube account.

Dr Mahathir said Malaysia has made tremendous progress, especially in the medical sector, and he believes Malaysians are capable of doing what others can do.

“This is something that we can feel very proud of because you don’t need to go elsewhere. In Malaysia, we have specialists to treat cases such as mine which are very serious,” he added.

Dr Mahathir said when he suffered his first heart attack in 1989, he was told to go to the Mayo Clinic in the United States, but he chose to be treated at Hospital Kuala Lumpur.

“I was also trained as a doctor and when I started my practice way back in the 1950s and early 1960s, there was no work for Malaysian doctors, especially Malay doctors.

“The doctors at that time were known as assistant medical officers – no Asian could become full medical officer and you were not allowed to perform even simple things such as an appendectomy, because there was no faith in Malaysian doctors.

“But today, we can even perform surgery on 17-day-old conjoined twins,” he said, referring to the premature conjoined twins who were successfully separated by a surgical team at Hospital Tunku Azizah in Kuala Lumpur recently.

In the eight-minute video, Dr Mahathir, who is also Langkawi MP, presented certificates of appreciation to the medical team.