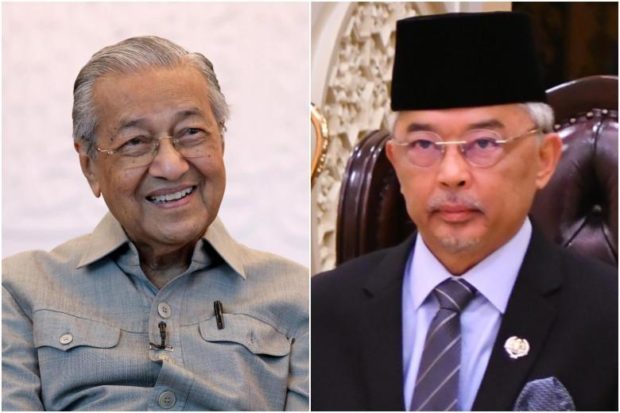 KUALA LUMPUR — Malaysia’s longest-serving prime minister Mahathir Mohamad, 96, has communicated with his family while in hospital, according to his daughter.

Datin Paduka Marina Mahathir said in a statement on Sunday (Jan 23) that “we as a family have interacted with him”.

“On behalf of Tun Dr Siti Hasmah Mohd Ali, the family thanks all, whether at home or abroad, who have prayed for… Tun Dr Mahathir to recover quickly. We also hope the public will ignore rumours spread by unverified sources,” she said, adding that the National Heart Institute (IJN) or the family would issue statements from time to time. Tun Dr Siti Hasmah is Dr Mahathir’s wife and Ms Marina’s mother.

The elder statesman was admitted to IJN on Saturday for the third time in just over a month.

The Malay daily Utusan on Sunday also quoted an unnamed “closest source” as saying that the former leader’s condition remained stable and that he had regained consciousness and was able to speak.

In a separate development, Malaysia’s King, Sultan Abdullah Ahmad Shah, was admitted into IJN on Saturday for a check-up and treatment on his knee and ankle.

The National Palace said in a statement on Sunday that the King will be in hospital for a few days after a September 2020 scan showed sports-related injuries.

“This follow-up treatment was delayed from that date due to the implementation of Covid-19 standard operating procedures in public hospitals, including IJN. At the same time, His Majesty also agreed to undergo a respiratory examination at IJN,” said Royal Comptroller Fadil Shamsuddin.

In Dr Mahathir’s case, no details of his ailment have been made public, although a spokesman for his office told The Straits Times that he was hospitalised at the cardiac care unit.

He had checked into IJN on Dec 16 for “investigations” before undergoing an unspecified elective procedure earlier this month. Before December, Dr Mahathir was last in IJN in 2018 with a chest infection.

Communications and Multimedia Minister Annuar Musa has urged the public not to speculate about Dr Mahathir’s health.

“We ask the public not to spread any news about Tun M’s condition, except those which come from the family or hospital officially. Respect the current situation of Tun’s family,” he posted on Twitter on Sunday (Jan 23).

Since Saturday, the media has gathered outside IJN in hopes of getting updates on his condition.

Dr Mahathir was in office as prime minister for almost 24 years from 1981, with his first and longest stint as leader of the Barisan Nasional coalition. He retired in 2003, and returned to office as head of the Pakatan Harapan coalition after it won the 2018 election.

He has a history of heart ailments and has suffered three heart attacks – one in 1989 and two in 2006 – and underwent a quadruple bypass in 2007.