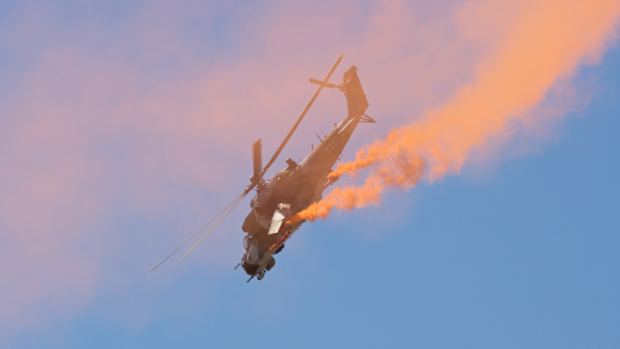 KINSHASA — Eight peacekeepers were killed when a U.N. helicopter crashed in eastern Democratic Republic of Congo on Tuesday amid rebel fighting, the United Nations said.

The bodies of the peacekeepers have been taken to Goma and an investigation was underway into the circumstances of the crash, the United Nations said in a statement.

They included six crew members from the Pakistani military and two military personnel – one from Russia and one from Serbia, the U.N. peacekeeping mission in Congo, known as MONUSCO, said in a statement.

Pakistan’s army said that all eight people had died, and gave the names of the pilot and crew. Pakistan has deployed an aviation unit to the U.N. mission in Congo since 2011, it said.

The helicopter was on a reconnaissance mission when it went down in the area of Tshanzu, in North Kivu province, where there have been clashes this week between the Congolese army and a rebel group known as the M23, MONUSCO said.

Congo’s army said the helicopter was shot down by rebels, which the M23’s spokesman denied. MONUSCO did not state the cause of the crash and said investigations were underway.

The M23 group was driven out of Congo after an insurgency in 2012 and 2013 and chased into neighbouring Uganda and Rwanda. Its fighters have since come back to wage attacks, including one in the same part of Congo in November.

Heavy fighting started when the M23 attacked two Congolese army positions on Sunday night. By Tuesday the rebels had moved into the city of Kabindi and were nearing the area’s local administrative seat, the town of Rutshuru, according to a civil society coordinator.

Uganda’s army has also entered the fray and said it killed 14 M23 fighters near the border with Congo on Tuesday.

“This evening they (M23) attacked us, they shelled the Ugandan side and some civilian houses were destroyed. Our forces responded and 14 rebels were killed, seven were taken prisoners of war,” Ugandan military spokesperson Brigadier Felix Kulayigye said, adding one of its soldiers also died in the fighting.

There have been regional efforts in recent years to demobilise the M23, but its leaders have complained about the slow implementation of a peace accord and accused the Congolese army of waging war against it.

M23 spokesman Willy Ngoma said on Tuesday that the group was fighting only to defend itself.