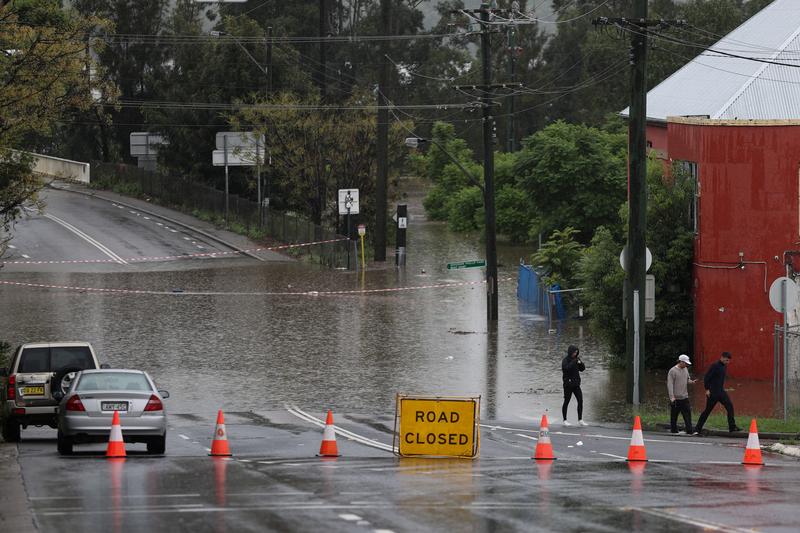 Several towns in northern New South Wales already reeling after record floods over a month ago were pounded by an intense low-pressure system overnight. Some regions took a month’s rainfall in under six hours, officials said.

Australia’s east coast summer has been dominated by the La Nina climate pattern, typically associated with greater rainfall, for the second straight year with rivers already at capacity after torrential rains. Sydney has already recorded 537 mm (21.1 inches) so far this month – its wettest March on record.

In the northern New South Wales city of Lismore, among the worst impacted by record floods earlier in March, water levels in the city’s Wilsons river breached the levee height of 10.65 metres. Lismore, home to nearly 30,000 people, received around 400 mm (16 inches) of rain over a 24-hour period up to Wednesday morning, data showed.

There was no official warning that the levee had been breached after sirens malfunctioned, local media reported.

“Everything is falling apart in Lismore at the moment … second time in a month,” Mayor Steve Krieg told Nine Network.

The weather bureau forecast “bands of very localised heavier rainfall” to drop within a few hours on Wednesday, potentially leading to life-threatening flash floods with up to 200 mm predicted to pummel many regions.

Kevin Cocciola, a farmer near Lismore who lost his city office in the deluge early in March, said he has never seen successive major flooding events within “a matter of three weeks”.

“I hope it doesn’t get as high as it did three weeks ago but Lord only knows,” he told ABC television.