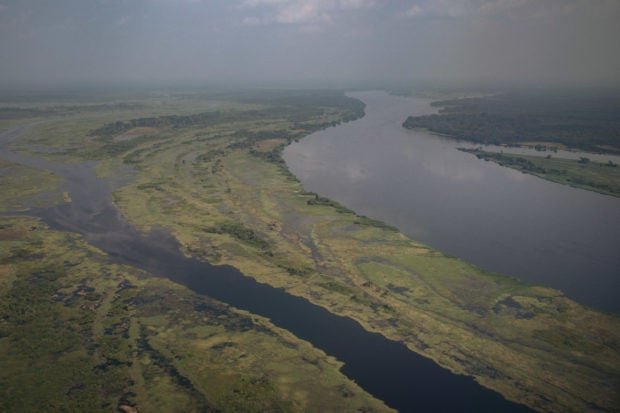 This photograph, taken on February 8, 2021 shows an aerial view of the Congo River on the outskirts of Mbandaka, Equateur Province, eastern Democratic Republic of Congo. AFP

LUBUMBASHI, DR Congo — At least 50 people were killed when the vehicle they were in plunged into a river in southeastern DR Congo, a local source said on Tuesday.

“A truck fell into the Kaluma-Ngongo with more than 50 passengers on board” on Sunday, said Harce Kayumba, spokesman for the Haut-Katanga regional government.

Divers launched a search and rescued two survivors who are being treated in hospital.

The search continues for the other passengers, Kayumba added, without giving any further details of the accident.

Road accidents are frequent in the Democratic Republic of Congo, often caused by ignoring traffic rules, with old vehicles not subjected to technical inspections.

The vast majority of roads in the country are just dirt tracks and drivers are often poorly trained and/or drunk.

Train crashes are also regular occurrences, leading to many deaths as stowaways often jump up into the train wagons, given the poor roads and lack of passenger trains.