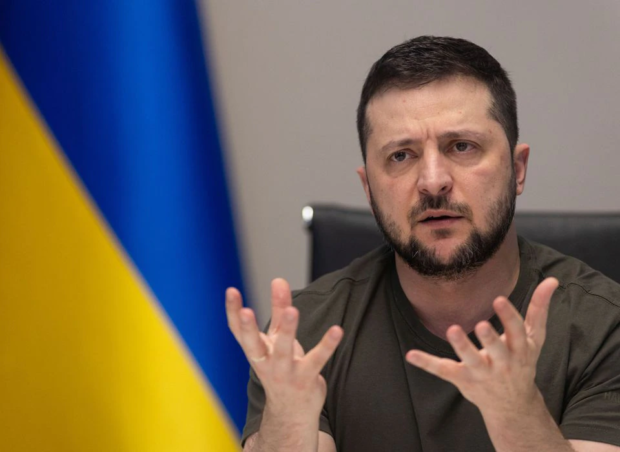 Ukraine’s President Volodymyr Zelenskiy attends an interview with some of the Russian media via videolink, as Russia?s attack on Ukraine continues, in Kyiv, Ukraine March 27, 2022. Ukrainian Presidential Press Service/Handout via REUTERS

The Australian government didn’t immediately respond to a request for comment.

Australia has supplied defense equipment and humanitarian supplies to Ukraine, as well as imposing a ban on exports of alumina and aluminum ores, including bauxite, to Russia.

It has imposed a total of 476 sanctions on 443 individuals, including businessmen close to Russian President Vladimir Putin, and 33 entities, including most of Russia’s banking sector and all entities responsible for the country’s sovereign debt.