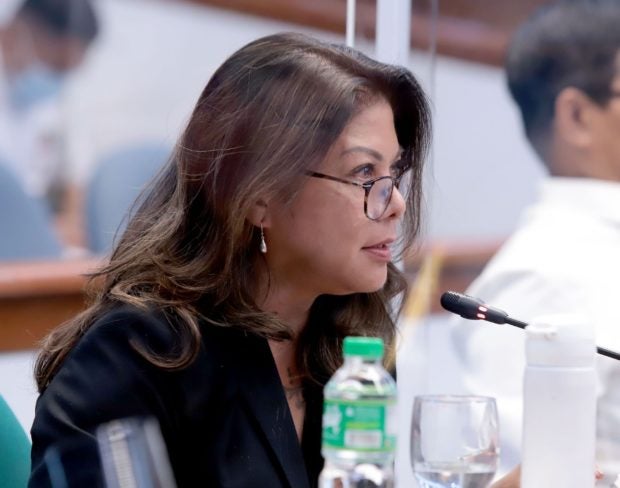 MANILA, Philippines — Presidential Communications Undersecretary Lorraine Badoy, National Task Force to End Local Communist Armed Conflict (NTF-Elcac) spokesperson for sectoral concerns, is unfazed by the string of administrative complaints that several militant groups filed against her before the Office of the Ombudsman for alleged red-tagging and other offenses.

In a statement, Badoy claimed the filing of the charges against her and other task force officials were intended for propaganda purposes and also to gain leftist groups limelight for their campaign for party-list seats.

She said the NTF-Elcac, on the other hand, has “a mountain of cases” that it is set to be filed or have been filed against the leftist groups, including Kabataan, Alliance of Concerned Teachers, Bayan Muna, Anakpawis, and Gabriela.

In her radio program, Badoy described the charges as “foolishness” and “personally interesting.” She said she was not afraid of the charges and vowed to turn the tables on the complainants.