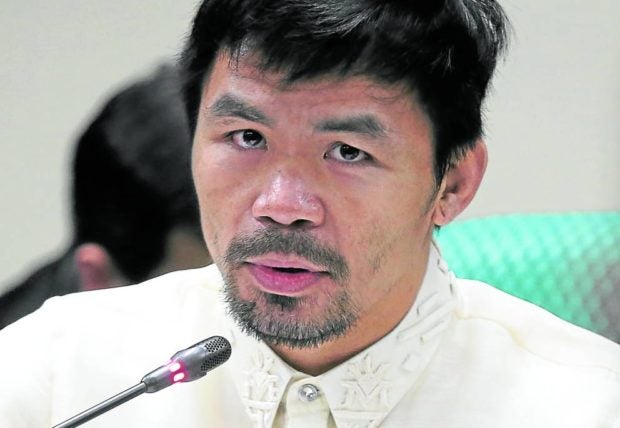 SILANG, Cavite — Presidential candidate Senator Manny Pacquiao on Monday is frowning at someone’s idea that corruption is “normal” as it is supposedly a “human condition,” asserting that it is not the case for him.

Pacquiao once again vowed to fight corruption in government if he wins the presidential race on May 9.

“Normal na lang daw ang pagnanakaw? Grabe naman. Hindi sa akin,” Pacquiao said in an apparent dig at Ferdinand Marcos Jr., who claimed that corruption in the country cannot be stopped because it is a “human condition.” Marcos Jr. is also running for president in this year’s polls.

Pacquiao said he would introduce “godly leadership” if he becomes president.

(I will show you what godly leadership is. Good governance so that we would have progress. We need discipline.)

One of the incumbent senator’s major campaign promises is stamping out corruption in government, which he blamed for mass poverty and stunted economic growth.