MANILA, Philippines — Senator Manny Pacquiao on Saturday claimed that several government transactions were marred by corruption, mentioning, in particular, the distribution of social amelioration program (SAP) subsidies through the use of e-wallets.

Pacquiao said in a briefing that Starpay, an e-wallet application used by the Department of Social Welfare and Development (DSWD) has failed to distribute the SAP fully — with P10.4 billion of the social aid missing even though it was noted that all of the payouts have been completed.

(Our government borrowed billions of money to fund the social amelioration program for our countrymen who lost their livelihood.  The government allocated P207.6 billion for the second SAP.)

(But Mr. President, do you know that part of this amount, around P50 billion, was allocated by the DSWD to a relatively unknown e-wallet application platform called Starpay, which had a build-up capital of only P62,000.)

Pacquiao said that out of the 1.8 million beneficiaries who would access the SAP through the said application, only 500,000 were able to receive the assistance.  The remaining 1.3 million, the senator said, did not receive the payouts. 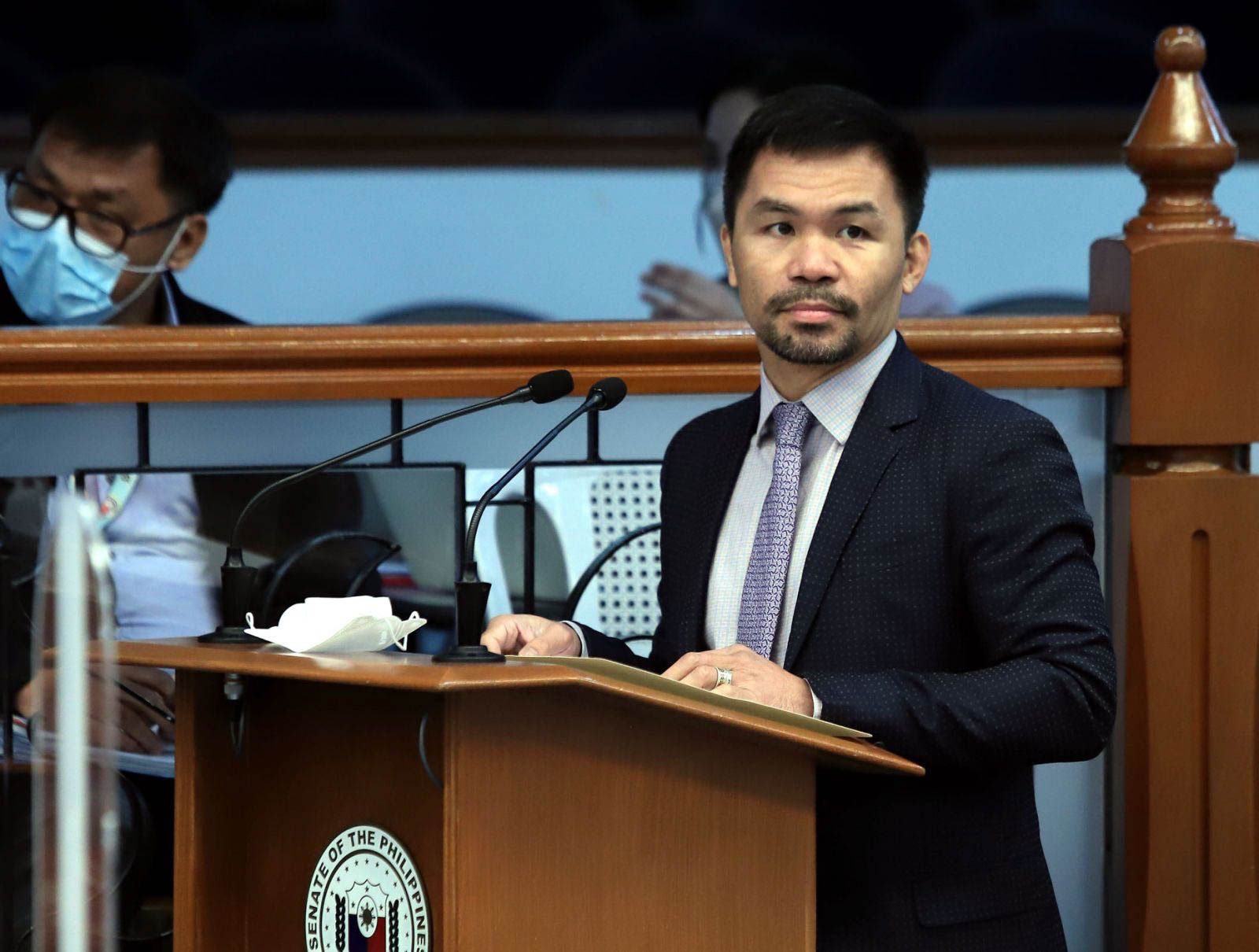 (According to my investigation, Mr. President, it appears that the initial disbursement for the Starpay accounts for the 1.8 million beneficiaries amounts to over P14 billion.  If you think of it, the goal of using an e-wallet for distributing SAP is a good idea as it prevents the practice of letting corrupt officials handle the money.)

Pacquiao claimed that the DOH has been procuring medicines that are near expiration at a regular price when these should already be priced lower.

As for the DOE, Pacquiao mentioned the Independent Electricity Market Operator of the Philippines, which he said allegedly receives part of the payments made by consumers for electricity.

Pacquiao’s presentation comes after he and President Rodrigo Duterte traded barbs over the former’s claims that the government is riddled by corruption. Duterte said he would campaign against Pacquiao if he could not name the agencies involved and provide evidence.

Pacquiao accepted the President’s challenge, saying that the government can start with the Department of Health (DOH) and its COVID-19 pandemic response.

Pacquiao is rumored to be running for president in the 2022 polls with other Duterte allies to include Duterte’s daughter Davao City Mayor Sara Duterte-Carpio, Senator Bong Go, and former senator Bongbong Marcos.

PDP-Laban officials loyal to Duterte like Energy Secretary Alfonso Cusi, who is the party’s vice-chairperson, have indirectly asked Pacquiao to leave the party. Cusi also joked that the PDP in the party stands for President Duterte’s Party — a joke that Pacquiao did not find funny.