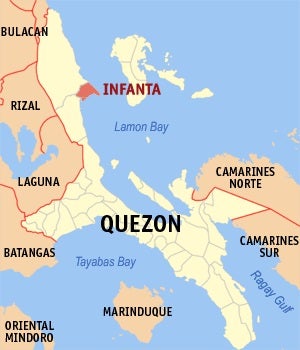 MANILA, Philippines — The Philippine National Police (PNP) on Thursday said that it has already identified four persons of interest in its investigation into the shooting incident involving Infanta, Quezon Province Mayor Filipina America.

According to the PNP in a statement, investigators checked evidence such as CCTV footage showing the four people loitering within the vicinity of the crime scene prior to the shooting.

Meanwhile, at the third conference of the PNP Special Investigation Task Group (SITG), along with the Election Related Incident Validation Committee, investigators presented sworn statements from four personalities expected to provide leads to the persons of interests seen on the footage.

“We are still in the process of determining how much of politics can really be involved in this slay try. Our coordination with the Commission on Elections regarding this incident is constant so as to identify the climate of violence that may persist in the area,” Police Gen. Dionardo Carlos said.

The PNP-Regional Forensic Unit in Calabarzon had also already conducted a cross-matching examination of the recovered pieces of evidence.

America is currently running for reelection in the said province. She was attacked on February 27, in Barangay Poblacion 1, Infanta, Quezon by a gunman, shooting her several times, after attending a religious service.

Police said that the local chief executive is known to “have an unwavering stand against quarrying [operations] in the town.”

Initial investigation also revealed that America received death threats, which are either job or election-related.