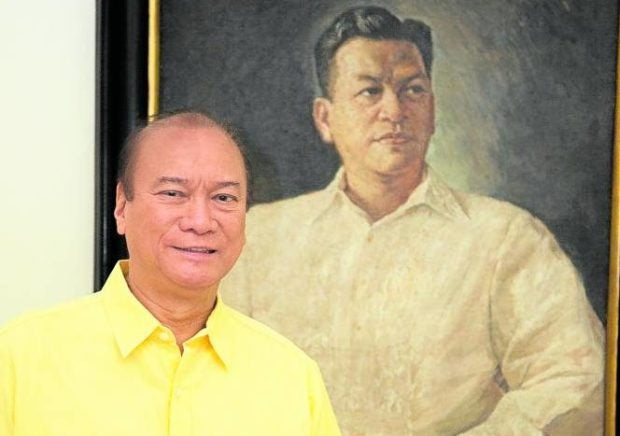 MANILA, Philippines — Sixty-five years after then-President Ramon Magsaysay’s untimely death in a plane crash, the 10-point set of ideals that he issued during his administration continues to serve as a reminder of meaningful governance for current leaders, particularly those seeking higher office.

“He who has less in life should have more in law” remains the most famous point of what has come to be known as the Magsaysay Credo.

The Credo’s essence was taken from the Ten Commandments and puts the common man at the fore, according to the late President’s son and namesake, Ramon Magsaysay Jr., who served two terms in the Senate.

Magsaysay began crafting the Credo when he was defense secretary, according to his son.

It was a post he assumed in 1950 while on his second term as representative of Zambales. Then President Elpidio Quirino plucked him from Congress to deal with the dissident Luis Taruc and the Hukbalahap (Hukbong Bayan Laban sa Hapon), a guerrilla force fighting the Japanese occupation that had morphed into an insurgent movement against the national government.

‘Man of the Masses’

“My father witnessed the abuses committed by the armed forces, especially those by the Philippine Constabulary,” Magsaysay Jr. says in a phone interview. “They would get the harvest of the farmers … even get the poultry, and would not pay for them. What he [did] was clean up the armed forces. It was his first challenge: Make those who carried the gun respect the common people and their properties.”

After winning the presidency in 1953, the “Man of the Masses” delivered his first State of the Nation Address that not only focused on the need for “morality in government” but also declared war on corruption, particularly tax evaders who “deserve no mercy.”

In his speech, Magsaysay said people “voted primarily for a great, sweeping change. They voted to throw out dishonesty, inefficiency and waste… We promised all these things… Now we must keep faith.”

Malacañang eventually announced the Magsaysay Credo—polished with the help of then Executive Secretary Fred Ruiz Castro — that was supposed to become the blueprint of public service of the new administration.

Magsaysay Jr. believes that the Credo resonates to this day because many of the moral principles it espoused in the mid-20th century remain important and should serve as guideposts for policymakers.

He cites the first point that sets the Credo’s tone and the last point that lists what is required of a president.

In the first line, the late President noted that “the government starts at the bottom and moves upward, for government exists for the welfare of the masses of the nation.”

Magsaysay Jr. explains: “The common man is the basis for public service. You start with the people because they are the ones who matter most.”

The last line says “the President should set an example of a big heart, an honest mind, sound instincts, the virtue of a healthy impatience and an abiding love for the common man.” 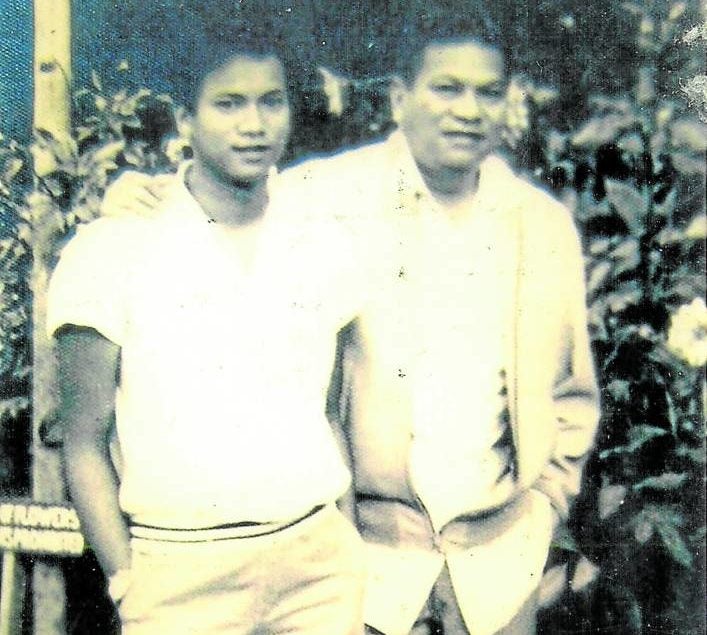 GONE TOO SOON | Ramon Magsaysay Jr. (left) was 15 years old when his father died in a plane crash on March 17, 1957. President Magsaysay was 49. (CONTRIBUTED PHOTO)

What makes a leader

Magsaysay Jr. says the Credo has remained “timeless because it speaks of … certain standards of performance and action, leadership [and] the rights of the ordinary man, human rights and justice. Read the Credo and you can already see what is required of a competent (“mahusay”) leader.”

Much has been said about the Philippines enjoying economic prosperity that placed it second to Japan during the postwar years.

Magsaysay Jr. notes that it was during this period that the economy still enjoyed the boost provided by war reparations. Filipino leaders and those who could afford the expense studied public governance in the United States, returned home, and applied what they had learned about civil service, culture and democracy.

The way they were

“We developed standards of knowing what is moral, what is right and wrong,” the former senator says. “But when martial law happened, the culture of cronyism was introduced and we lost what democracy and elections were supposed to take care of.”

Flying back to Manila from Cebu in the wee hours of March 17, 1957, Magsaysay died along with 26 others in a reconditioned C-47 plane that crashed on the slope of Mount Manunggal 15 minutes after takeoff.

Aside from his only son, then 15, he left behind his wife, Luz Banzon Magsaysay, and two daughters.

At that time, future president Ferdinand Marcos was on his second term as representative of Ilocos Norte. Benigno “Ninoy” Aquino Jr. was a press officer of the Philippine-American Military Bases Agreement but would be hired as special assistant to Vice President Carlos P. Garcia, who served Magsaysay’s remaining months in office.

Aquino’s widow Corazon Aquino would soon be pregnant with daughter Pinky. Fidel V. Ramos was serving in the Philippine Army; his father Narciso had just set up the country’s first diplomatic mission in Taiwan.

Juan Ponce Enrile was teaching at the Far Eastern University College of Law, while the future Jaime Cardinal Sin was just appointed first rector of St. Pius X Seminary in the Archdiocese of Capiz in Roxas City.

The young Gloria Macapagal was enrolled in Assumption Convent where she would graduate as high school valedictorian in 1964. Her father Diosdado Macapagal was elected vice president in 1957.

Joseph Estrada was about to turn 20 and to start his acting career.

Asked what his father is remembered for, Magsaysay Jr. declares that the late President did not amass wealth while in public office: “Hindi siya nagpayaman.”

He recalls that even when his father was already a lawmaker, he and his sisters walked along Taft Avenue to get to their respective schools, De La Salle College and St. Scholastica’s College.

His parents built a home in Singalong, “a second-class subdivision compared to Malate,” in Manila. “They never built another house because they felt that after [Malacañang], we would go back to Singalong,” he says.

Magsaysay Jr. also recalls his father’s dedication to pacifying the Hukbalahap insurgency as defense secretary: “He delivered social justice to those who surrendered. I think there were over 25,000 families that resettled in Mindanao and [had] their own land. He provided unique and creative ways to grow the land [for] ordinary farmer-families.”

—WITH A REPORT FROM NATHALIE GRACE ADALLID, INQUIRER RESEARCH