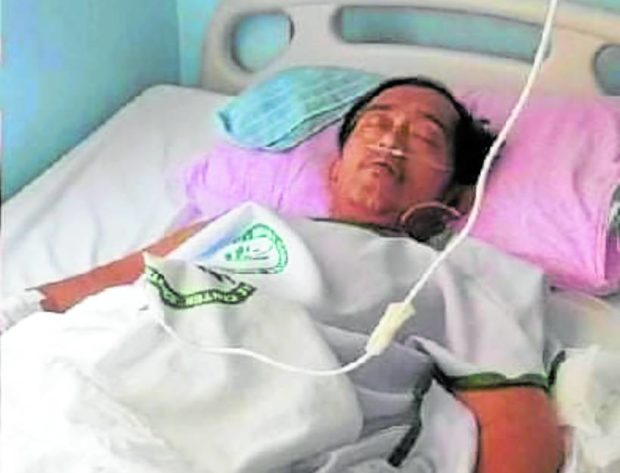 Even at the height of the COVID-19 pandemic last year, Maurice Magno continued to report for work as a casual employee of the Region 1 Medical Center in Dagupan City, Pangasinan.

Assigned to the record department, he guided patients or their relatives through the tedious process of filling out forms required by the hospital.

“My brother is a very patient man,” Magno’s sister, Francis, told the Inquirer in an interview. She recalled her brother telling her that at one time, a grateful farmer wanted to hug him to thank him for his help.

“My brother reminded him that the virus was still around and they could both get infected,” Francis said with a laugh.

The 51-year-old Magno, a resident of Mangaldan town along with his wife and their 23-year-old daughter, never imagined he would one day be the one confined at the hospital and in need of help.

In October, he underwent testing after he complained of nausea and vomiting after eating. The test results showed that he had esophageal cancer, stage 2B. The diagnosis shocked Magno, his family and eight siblings, including Francis.

His doctor recommended chemotherapy to shrink the cancerous tumors in his esophagus but first, he needed to undergo surgery so that a feeding tube could be placed in his stomach.

Since his diagnosis, Magno has not been able to eat solid food by mouth. He was first placed on total parenteral nutrition—a specialized form of food given intravenously—but recently, he was shifted to a special dietary mix.

After being operated on last month for the placement of a feeding tube in his stomach, Magno had to undergo surgery again on March 4 after he developed an infection.

“There was a blockage in one part of his intestines so they had to open him up again,” Francis said. The feeding tube also had to be replaced.

His partial hospital bill as of March 15 totaled over P151,000. Francis said that for now, her brother would remain confined to ensure zero complications with the feeding tube and to allow him to put on weight and regain his strength in preparation for chemotherapy.

“There’s always hope and we praise God for the miracles,” she added.