MANILA, Philippines — “Can we defend this in Plaza Miranda?”

President Ramon Magsaysay  — then popularly called “RM” — often raised that question during Cabinet meetings to discuss proposed government policies and programs, according to Jose V. Abueva, a former president of the University of the Philippines and RM’s biographer.

The old Plaza Miranda in Quiapo, Manila, was where political rallies were held and where people seeking to be voted into office sought the people’s support. Politicians presented their stand on national issues and/or outlined their plans of governance there, and hoped to persuade voters that they were the right people for the position they were seeking.

The question RM directed at the Cabinet implied that “presidential decisions ought always to be easily comprehended and popular,” Abueva wrote in his book, “Servant Leader: With a Vision of Hope.”

Although some officials did not always agree with the concept, Magsaysay, known as the “Man of the Masses” who gave priority to the welfare and well-being of Filipinos, instinctively knew that for policies and programs to succeed, the people had to get on board and own them. 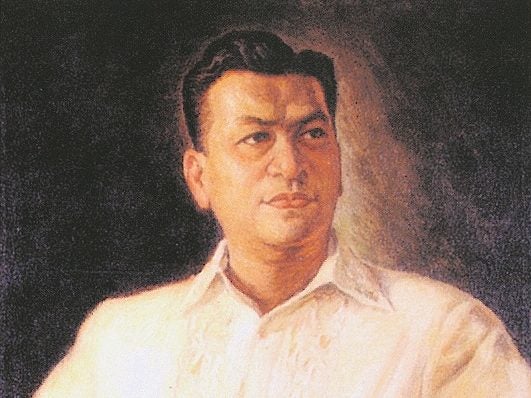 Whenever Magsaysay was confronted with a contentious situation or issue, he would try to view it from the perspective of the common man, whom he identified with and vowed to help achieve a better and more comfortable life.

His own modest upbringing made it easy for Magsaysay, whose 113th birth anniversary will be marked on Aug. 31, to relate to the trials and hardships that ordinary folk faced.

Abueva considered the late President a true practitioner of the servant-leadership modeled by Christ. He pointed out that Magsaysay, in his inaugural address, declared that “all of us in public office are but servants of the people.”

In his first year as President, Magsaysay laid down his vision and ideals as the nation’s chief executive in a declaration that resonates to this day.

Drafted with the help of his executive secretary, Fred Ruiz Castro, who would later become chief justice, the declaration might as well have been called “Magsaysay’s Credo of Servant Leadership.”

“In its simple elegance, the Magsaysay Credo spells out his memorable ideas and ideals of leadership, citizenship and democratic governance in relation to society, the nation and the world,” Abueva said.

Sadly, RM did not see the full fruition of his advocacy. He assumed the presidency on Dec. 30, 1953, and died in a plane crash in Cebu on March 17, 1957, in the third year of his administration. (At that time, a presidential term was four years, with a possible reelection for another four.)

After almost seven decades, the Magsaysay Credo remains relevant. Politicians of today and the future would do well to make it their guidepost as they navigate the complexities of public service.

I believe that government starts at the bottom and moves upward, for government exists basically for the welfare of the masses of the nation.

I believe that he who has less in life should have more in law.

I believe that this nation is endowed with a vibrant and stout heart, and possesses untapped capabilities and incredible resiliency.

I believe that a high and unwavering sense of morality should pervade all spheres of governmental activity.

I believe that the pulse of government should be strong and steady, and the men at the helm imbued with missionary zeal.

I believe in the majesty of constitutional and legal processes, in the inviolability of human rights.

I believe that the free world is collectively strong, and that there is neither need nor reason to compromise the dignity of man.

I believe that communism is iniquity, as is the violence it does to the principles of Christianity.

I believe that the President should set the example of a big heart, an honest mind, sound instincts, the virtue of healthy impatience and an abiding love for the common man.