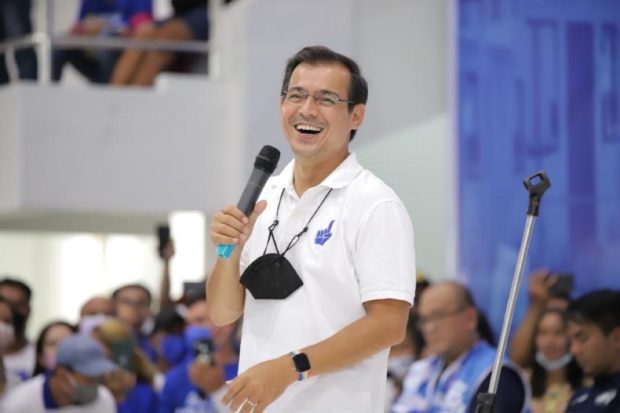 He also thanked the political party’s leadership for the support they have shown to him in his campaign to become president of the country.

“Malaking karangalan na ipagamit sa atin at tulungan tayo ng Aksyon Demokratiko bilang partido kaya I’m really honored and grateful to the Roco family to be in a situation, I mean to be with them,” Moreno said in a press conference shortly after a town hall meeting at the Sorsogon Provincial Gymnasium.

“So, any help will do. And I guarantee you this Bo Roco, the other Rocos, and other members of Aksyon Demokratiko here in Bicol are really supporting us,” added Moreno, who is also party president.

Bo told reporters that Moreno is very much qualified to run the affairs of the country and the 47-year-old city mayor can replicate in the whole country what he has done in Manila in the less than three years that he was local chief executive.

“Well, excited kaming lahat. Actually, this exercise magaan sa amin sa family having a qualified candidate to be leader of the country and his running under Aksyon. We are all proud of Isko and we believe he can do it,” Roco said.

Bo noted that this is the first time since 2004 that Aksyon Demokratiko will be fielding a presidential candidate. His father, Raul, ran for president without much success in 1998 and 2004.

While admitting that Sorsogon province is dominated by the Nationalist People’s Coalition (NPC), Bo said Sorsoganons and Bicolanos as a whole look at the character and track record of presidential candidates.

“Bicolanos are more of… they like uh resumes. They believe in what has been done. Ako I believe na (that) all the candidates can promise good governance… But only Isko can promise he can do it again,” Bo pointed out. 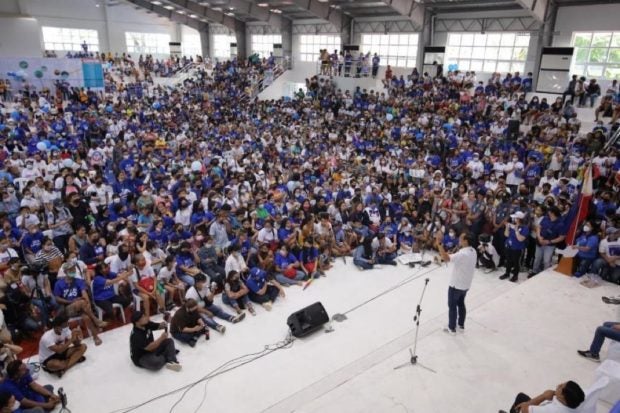 Roco’ son then cited as an example the case of his father who got around 90% of the Bicol vote in the 2004 national elections despite not having enough support from the start.

“Well, when Papa ran, Raul Roco run, wala naman talagang masyadong kumampi dito but in the end well I think if I’m not mistaken, he got around 90% of the Bicol vote,” he said.

In the end, Bo said Bicolanos voted for his father given his many accomplishments when he was a senator and secretary of the Department of Education.

He also expressed confidence that Moreno can capture a sizeable number of the Bicol votes despite going against Vice President Leni Robredo, the only Bicolana candidate as she hails from Naga City, Camarines Sur.

Even before Moreno could start his motorcade around the province, Sorsoganons who patiently waited for his arrival here immediately approached him to take selfies with the presidential bet. He also signed his signature on the campaign shirts and posters of some of the well-wishers.

“Isko, Isko, mahal ka namin!” shouted the people as their motorcade passed through the streets on top of a medium-sized flatbed truck with a make-shift roof carrying him and his party.

Most of the people who lined up along sidewalks were wearing blue and white shirts with some carrying blue and white balloons and posters showing their support. Even motorists, commuters, travelers, truck drivers, and riders going in the opposite direction could be seen waving and honking their horns to express their support for Moreno, and the rest of Team Isko.

Just minutes to their motorcade, rain began to pour but this did not deter the people coming out to welcome and cheer for Moreno and his fellow Aksyon Demokratiko candidates. 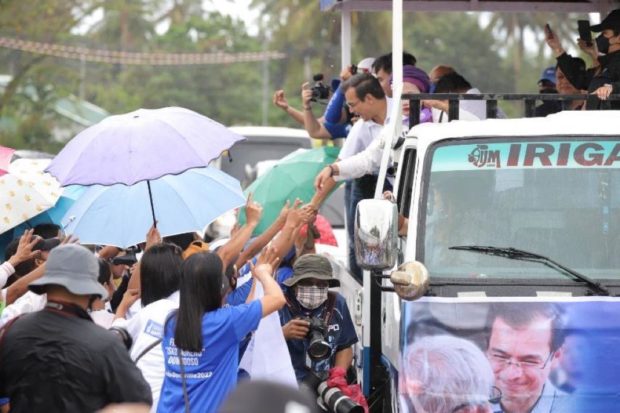 During his visit here, Moreno also led the ribbon cutting of the headquarters of the Alliance for Isko Movement Headquarters which will house volunteers and supporters of Aksyon Demokratiko in this province.

Later, Moreno and the rest of Team Isko went to the Sorsogon Provincial Gymnasium for a town hall meeting attended by hundreds of people.

After barnstorming the provinces of Masbate and Sorsogon, Moreno and his team proceeded to Albay province. This will be the first time that Moreno, Ong, and the senatorial bets are having sorties in a “pink-yellow region.”

“So, again we will try to go as far as Albay and try to reach as many Bicolanos as much as possible and go around the country again. After this, I think we’ll be in Visayas area,” Moreno said.

Shattering the illusion of unity: No candidate is giving way