Ukraine tries to get supplies to people ‘being suffocated’ in Mariupol 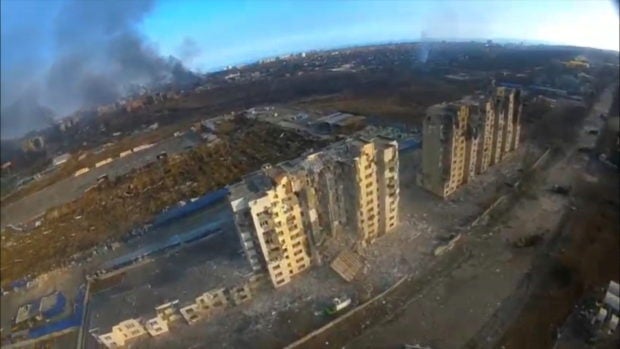 LVIV, Ukraine — Ukraine planned to make a new attempt to deliver supplies to the besieged city of Mariupol on Tuesday as the first convoy of civilians allowed out by Russia reached safety and the Red Cross issued a dire warning about the situation.

People trapped in Mariupol by Russian shelling were “essentially being suffocated in this city now with no aid,” Ewan Watson, spokesperson of the International Committee of the Red Cross (ICRC), told a U.N. briefing in Geneva.

Residents have been without heating, electricity, and running water for most of the past two weeks, the Ukrainian authorities say.

Russian forces agreed on Monday to allow the creation of a “humanitarian corridor” and let the first evacuation convoy leave after more than a week of failed attempts to do so. Each side blamed the other for the previous failures.

About 300 civilians had by Tuesday morning reached the city of Zaporizhzhia, about 225 km (140 miles) from Mariupol.

“As was reported, about 160 cars left Mariupol yesterday. As of 10:00 (0800 GMT) there is information that about 300 Mariupol residents reached Zaporizhzhia,” Mariupol city council said.

Despite the success of getting some civilians out, a senior presidential aide said that Russia had on Monday blocked a humanitarian aid convoy trying to reach Mariupol.

Deputy Prime Minister Iryna Vereshchuk said a new attempt would be made to reach Mariupol with supplies on Tuesday, adding: “On the way back it will pick up women and children.”

At least 200,000 people are in urgent need of evacuation from Mariupol, according to official Ukrainian estimates. More than 2,500 residents have been killed since the Russian invasion on February 24, a Ukrainian official said Monday.

Obtaining safe passage for aid to reach the strategic port city on the Azov Sea, and for civilians to leave, has been among Kyiv’s demands at talks. Previous attempts at a local ceasefire in the area have failed.

The ICRC said it hoped civilians would also be evacuated from Sumy in northeastern Ukraine in two convoys of about 30 buses, with the help of the Ukrainian Red Cross.

Russia denies targeting civilians. Officials in Moscow describe Russia’s offensive in Ukraine as a special military operation to disarm the country and prevent “genocide” against Russian-speakers, a justification dismissed by Ukraine and the West as a false and illegal pretext for an invasion of a democratic country.

Ukraine says situation in encircled city of Mariupol is ‘critical’