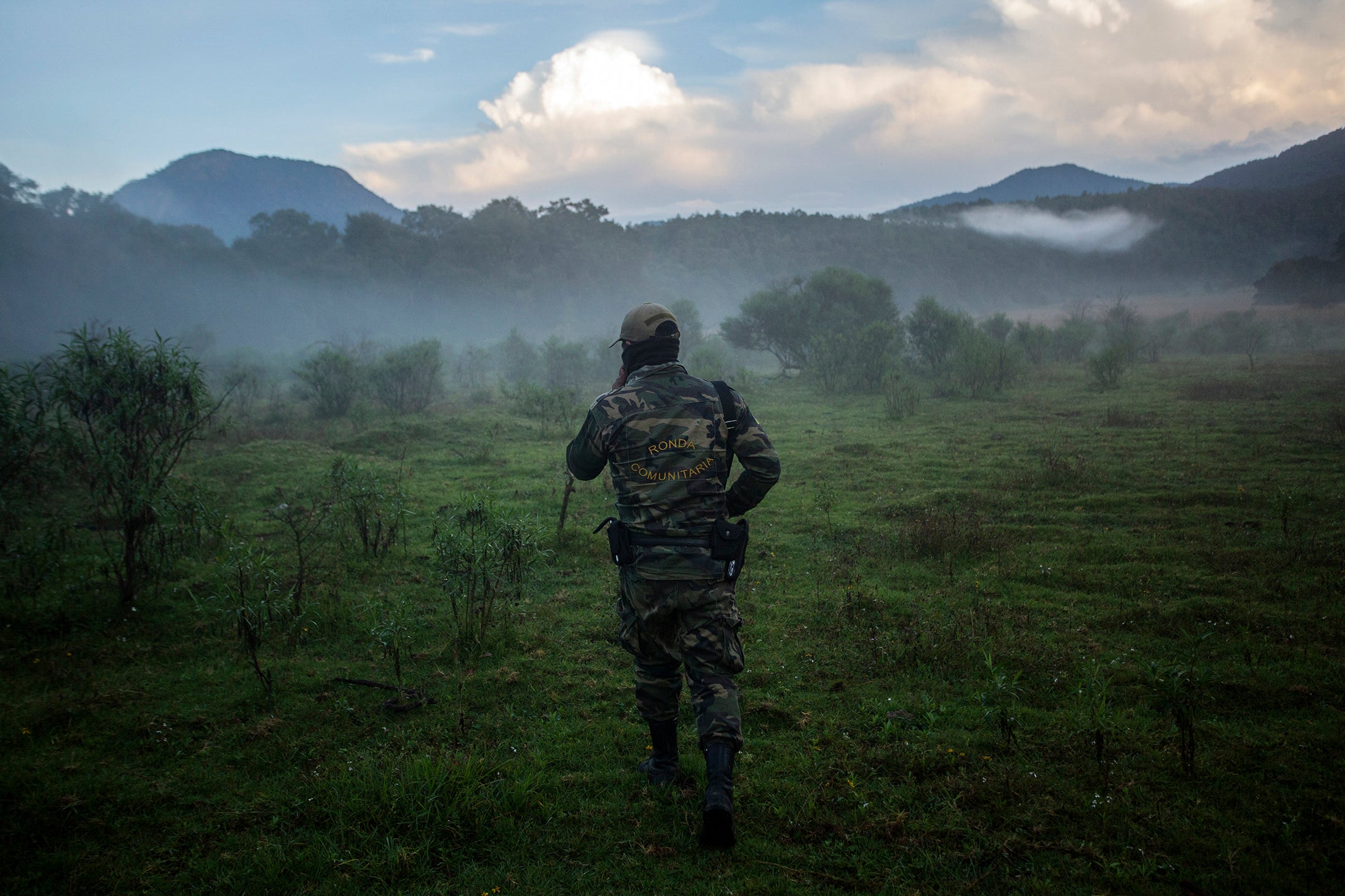 (FILE) A ranger inspects an area where forests cleared by members of the organized crime are being recovered, in Cheran, Michoacan State, Mexico, on November 22, 2019.  (Photo by Enrique Castro / AFP)

AGUILILLA, Mexico — Gunmen on Thursday killed the mayor of a town in Mexico’s western state of Michoacan shaken by a deadly turf war between rival drug cartels, authorities said.

Aguililla mayor Cesar Valencia was shot dead by unknown attackers while traveling in a city hall vehicle near a soccer field in the town, military personnel who were dispatched to the scene told AFP.

He suffered at least two gunshot wounds to the chest and neck, according to the military.

“We strongly condemn the murder,” tweeted Alfredo Ramirez Bedolla, governor of Michoacan, where cartels are at war for control of drug smuggling routes.

“I have issued instructions to thoroughly investigate the events… and to punish those responsible,” he added.

Mexican mayors and other local-level politicians frequently fall victim to violence connected to corruption and the multibillion-dollar narcotics trade.

Oseguera, 55, is one of the United States’ most-wanted fugitives, with a $10 million bounty on his head.

His hometown of around 14,000 inhabitants is one of the hardest hit by Mexican criminal violence, although the deployment of the military there in February brought some calm.

Before that Aguililla had lived under a state of near siege due to blockades by cartels, which also left behind makeshift landmines.

Michoacan is the world’s biggest avocado-producing region and threats against a US inspector working there last month prompted the United States to suspend Mexican exports of the fruit for about a week.

Organized crime groups fight for a slice of the region’s agricultural riches through robbery, kidnapping and extortion.

Five people were killed on Thursday in clashes between two armed groups in Michoacan, one of which seized a mayor’s office in the village of Nuevo Parangaricutiro, prosecutors said.

Mexico has recorded more than 340,000 murders since launching a controversial anti-drug military operation in 2006, most of them blamed on fighting between criminals, according to official figures.