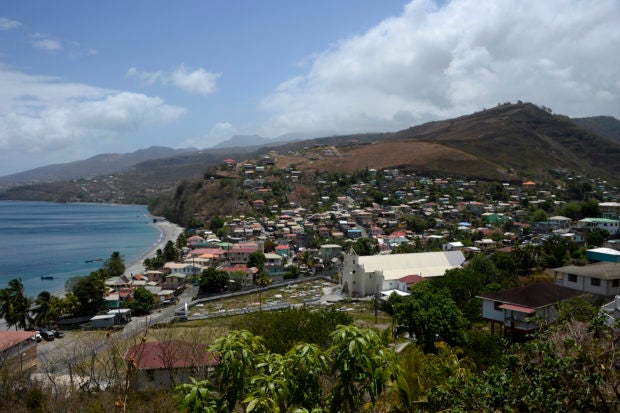 POINT-À-PITRE, France — Several Caribbean countries are canceling programs in which people from Russia and Belarus can buy citizenship for large sums, AFP has learned, as yet more nations punish Moscow for invading Ukraine.

These countries include Dominica and Antigua and Barbuda, and in some cases even Ukrainians are being barred from these so-called citizenship by investment (CBI) programs.

Under them, people can obtain passports by paying the government at least $100,000 or by investing around $200,000 in government-run real estate development projects.

On the tiny island of Dominica in the eastern Caribbean, for instance, in an email to officials tasked with recruiting rich investors from the coordinator of the program, Emmanuel Nanthan, said scheme is suspended effective immediately “in light of the current conflict in Ukraine” but also to preserve “the credibility” of the program.

In Saint Lucia, “our banking system no longer allows transfers of funds from Russia,” the CBI service there said.

“However we will deal with fund transfer requests from bank accounts outside Russia,” it added.

Charmaine Donovan, who runs the CBI service in Antigua and Barbuda, said it has been suspended there, too, for people from Russia and its ally Belarus.

“It is a matter of remaining consistent with the foreign policy position of Antigua and Barbuda,” said Donovan.

Caribbean island states were among 141 UN member countries that have condemned the Russian invasion of its pro-Western neighbor Ukraine starting on February 24.

The regional grouping called the Caribbean Community (Caricom) met this month in Belize and also condemned the attack unanimously, but it did not approve any joint sanctions, leaving this up to individual members.

In 2020 the prime minister of Dominica, Roosevelt Skerrit, said the CBI program there had brought in the equivalent of $440 million in revenue.

He said the money was used to pay off debt but also to build housing that is more resistant to extreme weather stemming from climate change.