newsinfo / Headlines
Headlines
COULD HAVE BEEN USED FOR PANDEMIC RESPONSE 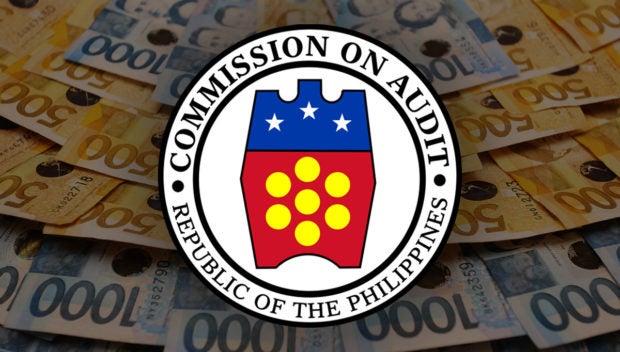 MANILA, Philippines — A total of P4.99 billion — or more than half of the funds allocated for loan distribution to micro, small, and medium enterprises (MSMEs) under the Bayanihan to Recover as One Act, or Bayanihan 2 — was unused as of mid-2021 and could have been used for pandemic response, according to the Commission on Audit (COA).

In a March 2 report, state auditors said the Small Business Corp. (SB Corp.), a state-run company under the Department of Trade and Industry (DTI), through its COVID-19 Assistance to Restart Enterprises (CARES) Program, had been allocated P9.08 billion to be distributed as collateral-free, zero-interest loans to MSMEs.

“Considering the need for immediate action and limited resources in government in general, these unutilized funds could have been used to fund other emergency measures to address the effects of the pandemic,” the COA said.

SB Corp., however, said the remaining amount was only P2.03 billion as of January this year.

The COA cited two major reasons why nearly 55 percent of the allocated amount was unused. One was the “insufficiency” in SB Corp.’s human resources and the other was the “hesitancy of potential clients” to avail of the financial assistance.

The COA said SB Corp., which normally handles about P1.5 billion for its CARES Program, was suddenly given the responsibility to distribute nearly P10 billion, which was “beyond its normal capacity” to process.

In order to cope and instead of making “significant adjustments” in its human resources to handle the huge amount, it opted to adopt an automated system to process the loans, the COA said.

The hesitancy to borrow from the loan facility could be seen in the number of MSMEs that availed of loans from CARES during the September 2020-June 2021 audit period under Bayanihan 2.

“The bulk of the budget is allocated for the tourism industry. Many tourism-based companies are hesitant to restart their business due to the multiple imposition of enhanced community quarantine in the country,” the COA said.

The COA said some of the borrowers canceled their loan applications due to the “long processing time” and lack of updates on their applications.

The Philippines defines MSMEs based on the number of employees or the value of assets.

In its comment submitted to the COA, SB Corp. said it had “fully utilized” all the funds allocated for the program within its “sole control” like the P1-billion CARES1 and the P4.08-billion Bayanihan CARES for multisectoral MSMEs as of Dec. 31, 2021.

It said that P4 billion allocated for tourism MSMEs was based “on the collective wisdom of Congress.”

According to its official website, SB Corp. had partnered with the Department of Tourism for its CARES for Travel (Tourism Rehabilitation and Vitalization of Enterprises and Livelihood) Program.

The loanable amount under this partnership ranged from P10,000 to P5 million, with a two-year grace period that is also interest- and collateral-free. The borrower will pay a one-time service fee of 8 percent for a four-year loan.

SB Corp. said that as of the end of January this year, the CARES balance had narrowed to P2.03 billion, money meant for tourism MSMEs.

Company vice president and spokesperson Bobby Bastillo told the Inquirer that the state-owned corporation received only P8.08 billion from the Department of Budget and Management for Bayanihan 2, and that P7.93 billion of this amount was for loans.

“The balance of P2.03 billion has been set aside for the Travel loan program, [which] Congress [had] intended to help the tourism sector in particular due to the effects of the prolonged pandemic,” Bastillo said.

“The uptake of loans from tourism establishments has been very slow due to the series of lockdowns and the general uncertainty that had governed the sector the past two years,” he said. “We expect an increase in loan applications from the [tourism] sector as the market opens up, barring any major external shocks again.”

Solon to DOH: We extended Bayanihan 2, why didn’t you release benefits?