Solon to DOH: We extended Bayanihan 2, why didn’t you release benefits? 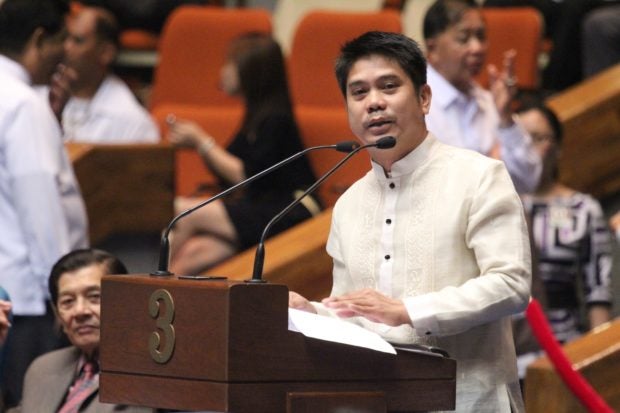 MANILA, Philippines — A lawmaker has questioned the health department’s basis for not fully distributing the meal allowance for health workers, saying that the law providing the appropriation has already expired but they actually passed another law to extend it.

Agusan del Norte Rep. Lawrence Fortun said during the House committee on public accounts hearing on Thursday that Republic Act No. 11519, which extended the effectivity of R.A. No. 11494 or the Bayanihan to Recover as One Act, did not set limitations as to what benefits would be extended.

Fortun said this after the Department of Health (DOH) said that it was not able to fully distribute the meals, accommodation, and transportation (MAT) allowances of health workers from both private and public sector, covering only around 103,096 employees unlike the special risk allowance (306,000) and the hazard duty pay (384,000).

This is magnified, Fortun noted, by the fact that the special risk allowance and the hazard duty pay covers government health workers only, hence the number of those who received the MAT allowances should be higher.

“The explanation given was that inabot na daw ito ng expiration ng the Bayanihan Act, then although there was a law passed by us in Congress extending the effectivity of the law, ang justification given was that the extension did not cover [MAT],” he said.

“May I know Mr. Chair, what is the basis for saying that only SRA as far as benefits are concerned was extended by that Republic Act No. 11519?” he asked.

In response, DOH Secretary Francisco Duque III said that it was in the law that only the special risk allowance should be extended, noting that they actually requested to include other benefits in the extension.

“Mr. Chairman, it was embedded in the law itself which was passed by Congress, so we have to abide by the mandate of the law,” Duque said.

“Ni-request din po namin ‘yan, I just want to state for the record that even the MAT should be included among the benefits during the extension of the Bayanihan 2, (R.A. 11494),” he added.

But Fortun insisted that R.A. No. 11519 did not explicitly state what benefits should be given and what should be held back.

“If you look at (RA) 11519, this is the republic act that supposedly extended the effectivity of Republic Act No. 11494, there is no specific mention of any particular benefit that will not be covered by the extension.  From the title itself, it simply says An Act Extending the Availability of Appropriations under R.A. 11494 or otherwise known as the Bayanihan to Recover as One Act,” Fortun said.

“Because the basis for the grant of the meal allowances and transportation was (R.A.) 11494 Mr. Chair, and the Republic Act No. 11519 extended the effectivity of the entire 11494 without exception, lahat ‘yon kasama,” he stressed.

DOH has drawn flak from the public, especially from health workers, after the latter claimed that they were not being attended to as some of the benefits have not been released even with the extension of the Bayanihan 2’s effects.

Recently, several lawmakers including Marikina 2nd District Rep. Stella Quimbo called for a separate investigation into the issue, emphasizing that health workers who are at the forefront of the fight against the COVID-19 pandemic should no longer be burdened even more.

But tempers flared after a Commission on Audit report of DOH — the subject of the committee hearing — came out stating that P67.32 billion of the department’s COVID-19 funds contained deficiencies, which would have been used to efficiently address the pandemic.

As a result, several health workers threatened to resign despite an ongoing surge in COVID-19 cases fueled by the more infectious Delta variant.