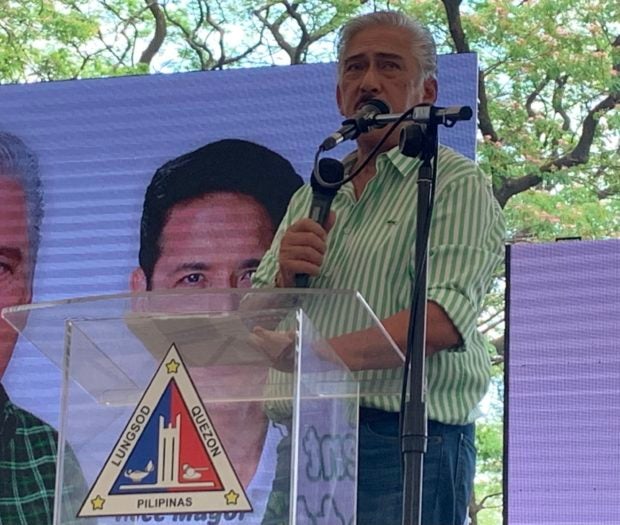 Sotto, the incumbent Senate President, was endorsed by Belmonte’s Serbisyo sa Bayan party although the group has yet to pick its presidential candidate.

“I am very sure that Senator Lacson is being considered by the leadership of Quezon City,” Sotto said in an ambush interview after an event at the Quezon City Memorial Circle.

“Oo, malaki ang pag-asa (Yes, there is a big chance). Nauna lang ako, ako naman kasi ang taga rito eh (I was only endorsed first because I’m the one from here),” he added when pressed further.

According to Belmonte, Sotto was a “unanimous choice” for Serbisyo sa Bayan members. But “when it came to discussing presidents, hindi kami nagkasundo ng members of the party (we were not able to reach a consensus),” she added.

Belmonte reiterated nevertheless that Quezon City is “open” to all presidential candidates.

Quezon City is deemed as one of the country’s vote-rich areas as it has an estimated 1.2 million registered voters based on the 2019 midterm elections.