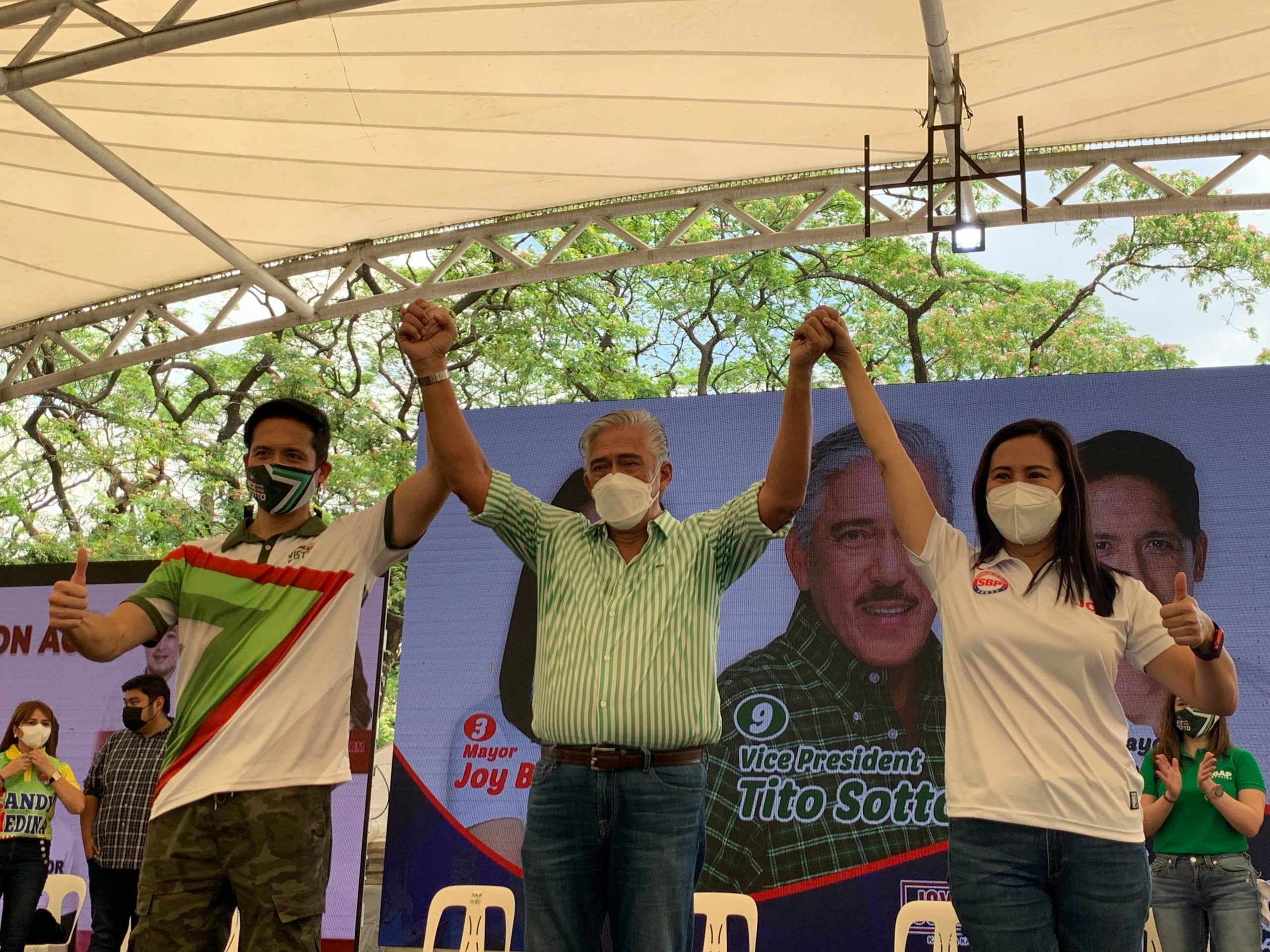 Belmonte, who is the head of local political party Serbisyo para sa Bayan, said 122 members picked Sotto as their vice presidential candidate because of his vast experience in public service.

(Senator Tito Sotto was chosen by the Serbisyo sa Bayan party to be endorsed as the next vice president of the Philippines.)

Sotto’s running mate Sen. Ping Lacson who is vying for the presidency was not present in the event.

“When it came to discussing presidents, our members have not yet agreed on a certain [presidential] candidate. I am not an authoritarian leader. I like to consult with members so it’s still possible that the party might later endorse a president. But as of this time, we have not reached an agreement,” Belmonte added.

Sotto then thanked the barangay leaders of Quezon City and said the endorsement would boost his candidacy, especially since Quezon City is one the largest voting cities when it comes to voting population.

“Dito sa Quezon City nagsimula ang aking public service (My public service started here in QC). I am humbled by the endorsement of the entire leadership of QC because this is more than enough to boost and to inspire my candidacy,” Sotto said after meeting with the members of the Liga ng mga Barangay at the Quezon Memorial Circle covered court on Monday morning.

“I am very sure that Sen. Lacson is one of those being considered by the leadership of QC. Malaki pagasa, na nauna lang ako. Ako naman kasi ‘yung taga rito (There is a big chance they will choose Sen. Lacson. It just so happened that they endorsed me first because I am from this city),” Sotto added.

Lacson said endorsements from any political party will always be a big help to any candidate as it will raise their chances of getting more votes.

“If it’s given, I would welcome it wholeheartedly. If not, then I will have to go directly to the people of Quezon City. In past elections, at least in the three senatorial runs that I had, I got good numbers from Quezon City. I hope I can maintain that mandate and support from them,” Lacson said.

He added, “Meantime, I’m truly happy for my vice presidential bet, SP Tito Sotto, a real pride of Quezon City who served faithfully and well as their vice mayor. He more than deserves the endorsement.”

Belmonte is seeking re-election with Sotto’s son, Gian, as her running mate.

The Senate president was the former vice mayor of Quezon City from 1988 to 1992.