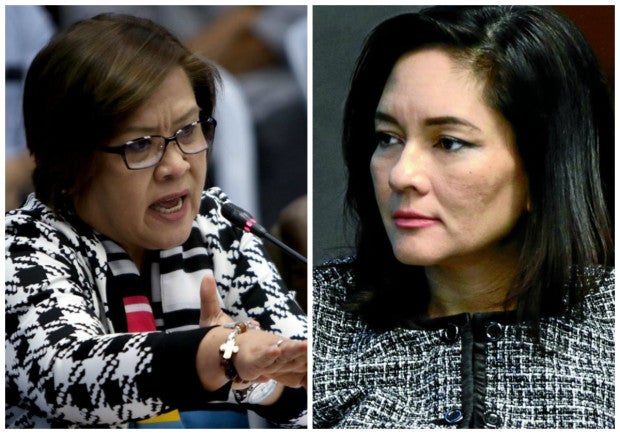 MANILA, Philippines — Lawmakers have paid tribute to the contributions of women to society on the celebration of International Women’s Day on Tuesday.

In a statement, Senator Risa Hontiveros said the annual commemoration is not only meant to celebrate the wins for women but to also highlight the persisting issues they continue to face.

“Importante na sa bawat tagumpay para sa kababaihan, hindi natin nakakalimutan na may mga labang hindi pa dapat binibitawan (It is important that in every success for women, we should not forget the battles we should continue to fight),” said Hontiveros, who chairs the Senate Committee on Women, Children, Family Relations and Gender Equality.

“There needs to be conscious and consistent day-to-day efforts to eliminate gender inequality, not just in our personal lives, but also in our institutions,” she added.

Her fellow lawmaker Senator Leila de Lima, in a separate statement, likewise expressed her admiration for women who continue to fight for the country’s democracy.

(We salute our fellow women who, despite understatement, profanity, oppression and attacks on their rights and humanity, continue to fight for the welfare of everyone and for our democracy. They did not give up but became even stronger.)

Meanwhile, House Speaker Lord Allan Velasco noted that the celebration of the International Women’s Day is “an important reminder of how far the world has come in terms of gender equality and recognizing the role and importance of women in society.”

He said it is likewise a time to show respect and admiration to women in the Philippines for their resilience and leadership during the COVID-19 pandemic.

“Filipino women have been at the frontlines in the response to COVID-19. Women-dominated occupations, such as health professionals, have played an enormous role in efforts to flatten the curve of infection and position the country for economic recovery,” he said.

“But as we celebrate women’s economic, political and social achievements, we also recognize the obstacles they continue to face in the struggle for equality and fairness, and the fight against discrimination in all its forms. We must not waver in our commitment to ensure that women have equal rights and opportunities and are protected from violence,” he added.

Velasco assured that the House of Representatives will continue to support efforts toward gender equality and opportunities for women “to claim their rightful place in positions of leadership.”

“While we have achieved historic milestones over the years in terms of gender equality and women empowerment, the work will never be done as we always strive to create a humane society that will provide equal opportunities for everyone, regardless of gender, social status, religious faith, and political affiliation,” the former senator said.

“As we mark the month-long observance of National Women’s Month, we pay tribute to all Filipino women for their contribution to nation building,” he added.

Escudero further pointed out that it is time to review the Magna Carta of Women and “assess how we can further refine the law to champion women’s rights and uplift the Gender and Development programs of the national government and local government units.”