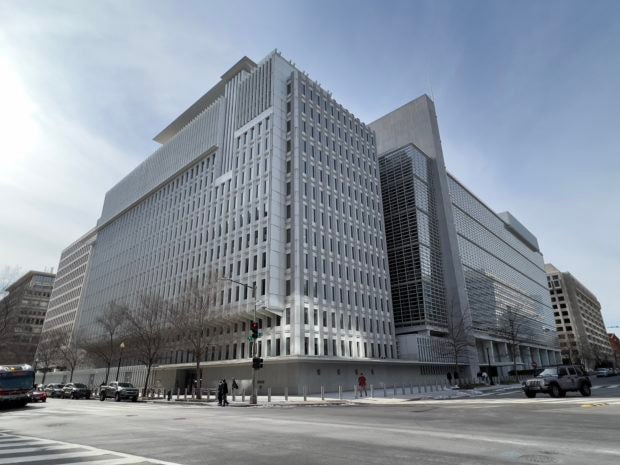 The headquarters of the World Bank in Washington, DC. AFP FILE PHOTO

WASHINGTON — The World Bank on Monday approved an additional $489-million package in support for Ukraine, to be made available immediately and dubbed “Financing of Recovery from Economic Emergency in Ukraine,” or “FREE Ukraine.”

On March 1, the Washington-based institution announced it was preparing emergency aid worth $3 billion for Ukraine, of which at least $350 million were to be released immediately.

The board of directors decided to disburse an even larger amount on Monday.

“The package approved by the Board consists of a supplemental loan for $350 million and guarantees in the amount of $139 million,” it said in a statement.

“The fast-disbursing support will help the government provide critical services to Ukrainian people, including wages for hospital workers, pensions for the elderly, and social programs for the vulnerable,” it said.

The bank said it was “also mobilizing grant financing of $134 million and parallel financing of $100 million, resulting in total mobilized support of $723 million.”

The World Bank specified that the Netherlands and Sweden were both contributing significant sums to the package, providing up to $89 million and $50 million dollars respectively.

The lender said it has also set up a “multi-donor trust fund (MDTF) to facilitate channeling grant resources from donors to Ukraine, with contributions from the UK, Denmark, Latvia, Lithuania, and Iceland in the amount of $134 million thus far.”

It called on members to provide other grants to beef up funding.

Twelve days of war have left hundreds of civilians dead and thousands more injured in Ukraine.

More than 1.7 million people have fled the country since the start of the Russian invasion on February 24, more than half of whom have taken refuge in Poland, according to UN tallies.