MANILA, Philippines — The name of businessman and e-sabong firm owner Atong Ang was brought up at a Senate probe into the disappearance of men involved in cockfighting, with a video that showed him “warning” agents who are soliciting bets through illegal sites and engaging in game-fixing.

But a representative of the online sabong company denied having resorted to any “illegal activities” in dealing with errant agents.

During Thursday’s hearing of the Senate public order and dangerous drugs committee, the sister of Ricardo Lasco, who is still missing since his abduction in August 2021, informed the panel about a video where Ang called out “double agents” who are stealing videos from his e-sabong firm Lucky 8 Star Quest Inc. and posting these on a duplicated website to solicit bets illegally.

In the video, Ang explained how erring agents would steal the firm’s cockfight videos and copy the layout of his firm’s legitimate website.

A video of Atong Ang shown during a hearing of the Senate public order and dangerous drugs committee on Thursday, Feb. 24, 2022. Senate screengrab

He said these agents would tell bettors that the legitimate site was experiencing problems so that they would instead make bets on the replicated site.

He said they already reported these erring agents to the Criminal Investigation and Detection Group (CIDG) and the National Bureau of Investigation (NBI). Ang also called out game-fixers in the video.

Lawyer Angelo Niño Santos, president of Lucky 8 Star Quest Inc., said they coordinated with the CIDG’s unit in the National Capital Region as well as the NBI regarding erring agents.

He said they were able to file several criminal complaints against “those who were caught soliciting bets using a fake website.”

“That was the result of the coordination with CIDG and the NBI special action unit and that is why that was what the video is all about, a reminder to the public and to the agents,” he added.

Santos said Ang’s video was only a reminder.

“Nagsasabi siyang ganon na ‘kayo…tignan niyo mangyayari sainyo [He was saying that…see what will happen to you],’” Dela Rosa, however, pointed out.

But Santos maintained the company only resorts to legal means and properly coordinates with law enforcement agencies when it comes to such cases.

Asked when the clip was uploaded, Santos said he believes it was put up in August last year when illegal websites were rampant. 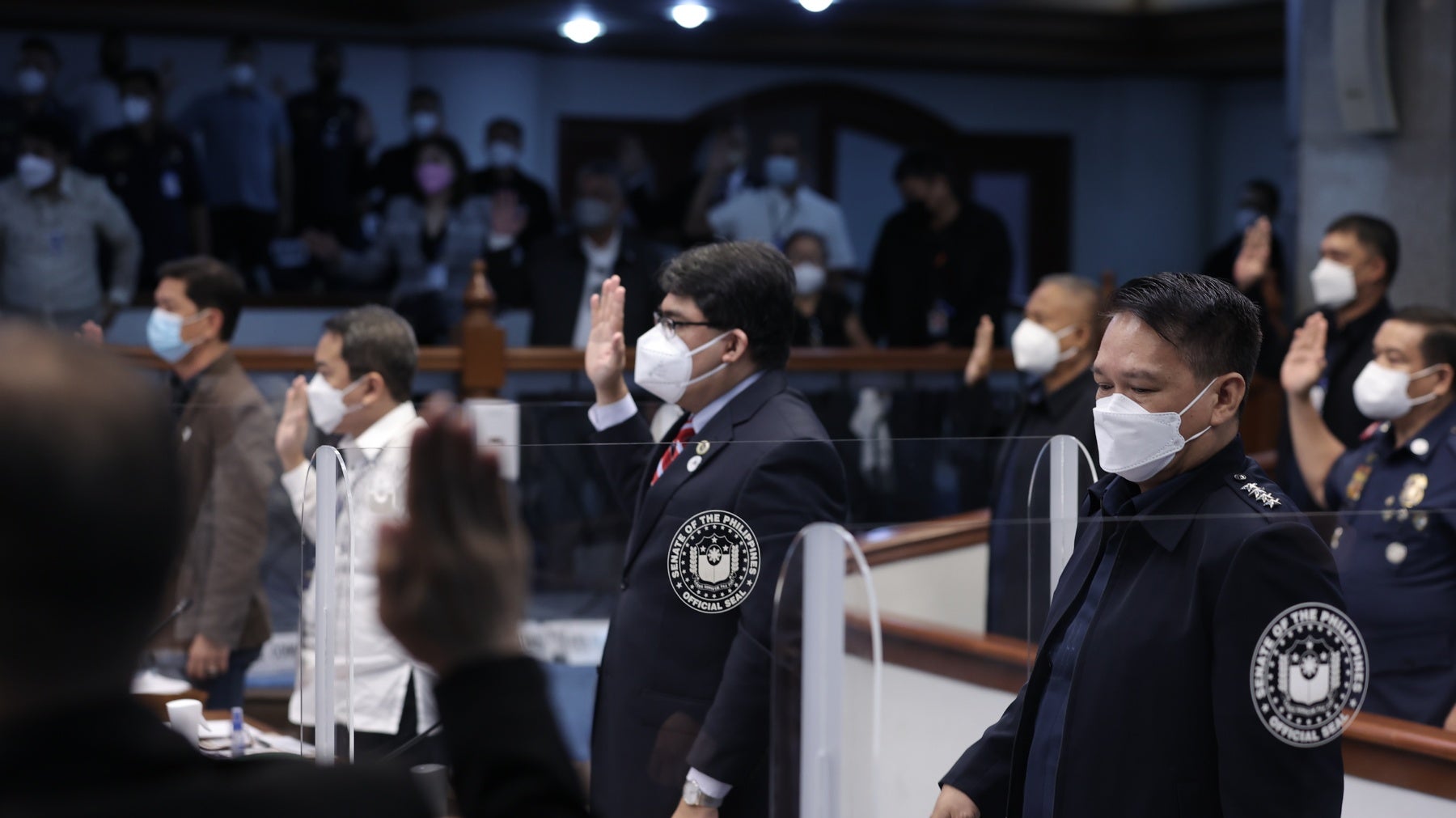 Read Next
PH should remain nonaligned amid Russian invasion on Ukraine — Ka Leody
EDITORS' PICK
Unleash the photographer in you this World Photography Day with vivo smartphones
What to watch out for when selecting a video surveillance solution
Look Through: The fate of impounded stray dogs
House energy committee chair Arroyo bats for cheap electricity
Palace warns sugar hoarders after raid on Pampanga warehouse
Metro Manila’s COVID-19 cases on downward trend, but surge not over — OCTA
MOST READ
LOOK: Miel Pangilinan dazzles in glittery pre-debut shoot
Remains of two children found in suitcases auctioned in New Zealand
Alice Dixson to critics of her yellow gown at GMA Gala: ‘’Wag masyadong judgmental’
Palace warns sugar hoarders after raid on Pampanga warehouse
Don't miss out on the latest news and information.