Eleazar condoles with kin of cop who died in chopper crash 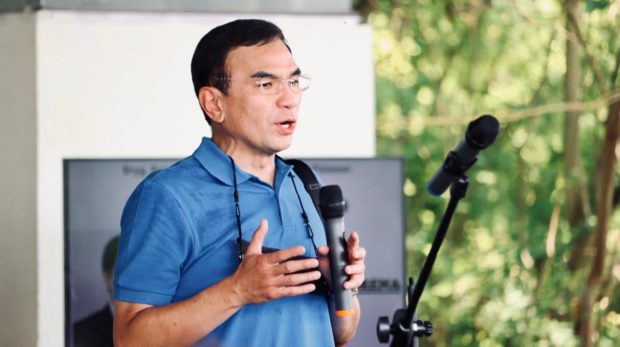 At the same time, Eleazar said he joins the men and women of the PNP in praying for the full recovery of the two pilots who were injured in the chopper crash.

Eleazar said that all the pilots and air crew of the PNP are dependable and reliable in doing their job as what was proven when he was still in the police service after the acquisition of the police air assets.

Initial police report indicated that the personnel onboard PNP Airbus H125 helicopter RP-9710 left Manila Domestic Airport at 6:17 a.m. for an administrative mission. The aircraft was then reported missing.

At 8:15 a.m., the Real Municipal Police Station received a report from the PNP Air Unit about the helicopter crash in Purok Mayaog, Barangay Pandan which led to the rescue of the three police personnel on board.

Eleazar, who is running for senator, has been openly pushing for full support to further improve the investigation and operational capabilities of the PNP, stressing that economic development is anchored on good peace and order.

If given the chance to serve in the Senate, Eleazar said he would push for the acquisition of modern assets and more training programs not only to improve the law enforcement capability of the PNP but also the external defense capability of the Armed Forces of the Philippines.

Lacson saw my potential, says Eleazar on his decision to run for senator