Lacson saw my potential, says Eleazar on his decision to run for senator 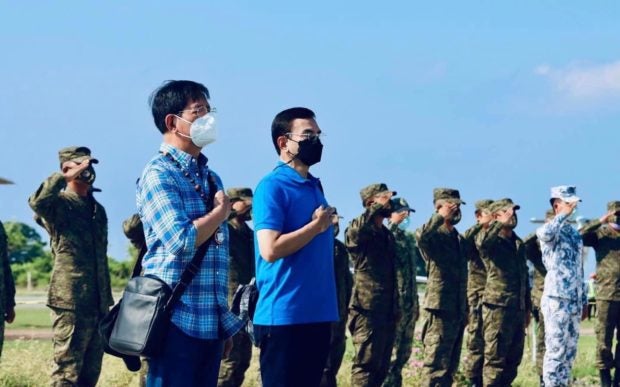 MANILA, Philippines — Recently retired Philippine National Police (PNP) chief Gen. Guillermo Eleazar on Wednesday insisted that initially he really had no plans of joining politics but decided to throw his hat in the senatorial race when Senator Panfilo Lacson saw his potential as a lawmaker.

During the Kapihan sa Manila Bay forum, Eleazar bared that Lacson had repeatedly asked him to reconsider running for senator. Lacson is the standard bearer of the Partido Reporma party, with Senate President Vicente “Tito” Sotto III as running mate.

At that time, Eleazar said, he was still serving as chief of the Philippine National Police. Thus, he had to turn down Lacson’s offer, saying that he wanted to finish his term.

He said this explained why he ran under the Lacson-Sotto banner, instead of with the administration party PDP-Laban, which is fielding Senator Christopher “Bong” Go as president.

The retired police chief further recalled that it was only when he retired from service last November 13, upon reaching the mandatory retirement age of 56, that he had decided to give politics a try.

Last November 15, the deadline for substitutions, Eleazar shocked the public when he went to the Commission on Elections (Comelec) office and substituted for person with disability (PWD) rights advocate Paolo Capino.

Aside from that, Eleazar said that his principles align with Lacson’s platform.

Eleazar, who was appointed by Duterte to the PNP post last May, served only for around six months but distinguished himself for being a disciplinarian, pushing for an intensified cleanliness policy that tackled the exterior and interior facets of the police force.

Last Saturday, Eleazar tagged along with Lacson in visiting the Pag-asa island over the West Philippine Sea, which is again the center of discussions after Chinese Coast Guard vessels blocked and water cannoned boats that were looking to resupply Sierra Madre, a ship grounded at the Ayungin Shoal.

According to Eleazar, he felt insulted by China’s challenges as the aircraft they were riding approached Pag-asa, which is part of the municipality of Kalayaan.