Galvez to visit Zamboanga, Basilan to urge Muslims to get vaccinated 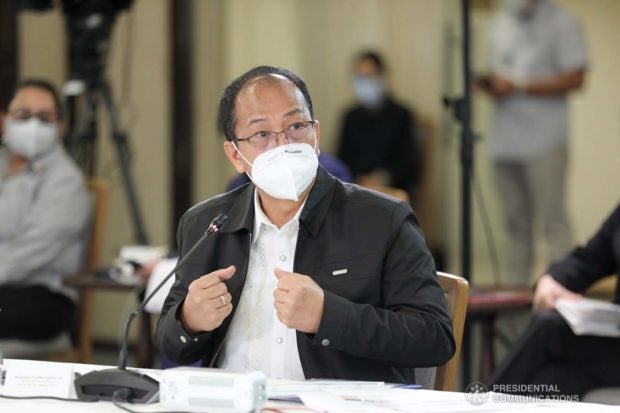 MANILA, Philippines — Secretary Carlito Galvez Jr., the national vaccine manager, is set to go to Zamboanga and Basilan where he will try to convince the Muslim community there to get inoculated against COVID-19.

Galvez made the announcement in the weekly taped “Talk to the People” briefing with President Rodrigo Duterte that aired late on Monday.

As he pointed out to Duterte, the lowest vaccination rate recorded as of Tuesday is in Bangsamoro Autonomous Region in Muslim Mindanao (BARMM) where only 1.7 million doses of COVID-19 vaccines have so far been administered.

“Tomorrow, Mr. President, with your guidance,  I will go to Zamboanga where the children will get inoculated,” Galvez said, speaking in Filipino. “And I will also go to Basilan so we could encourage our Muslim brothers to get themselves vaccinated.”

“The hesitation [to get vaccinated there] is so strong. So what we will do, with the directive of [Health Secretary Francisco Duque III] and the National Task Force [Against COVID-19], is we will go in areas in Zamboanga and Basilan,” he added.

“I think in the Muslim community here in the Philippines, it seems most of them is of the belief that it is not allowed by their — I don’t know — is it religion? I might be mistaken, but it could be that or something else in their culture,” Duterte said, speaking in a mix of English and Filipino