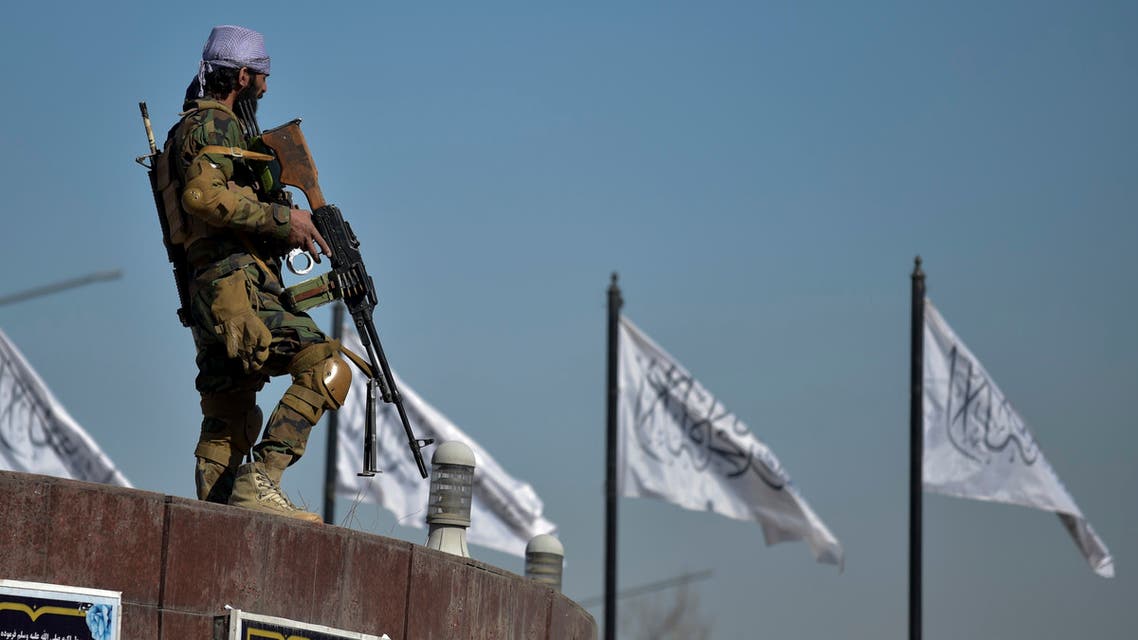 A Taliban fighter stands guard at the Ahmad Shah Massoud square in front of the US embassy in Kabul on January 26, 2022. | PHOTO: AFP

KABUL — In the six months since taking back control of Afghanistan, the Taliban have erased all visible signs of the former government from the capital.

Gone are flags of the former republic, murals of national heroes, and memorials honoring those killed in Taliban attacks.

Blast walls are now covered with slogans of the new Islamic Emirate. “With the help of God, our nation defeated the Americans,” reads one.

The owners of many beauty salons in central Kabul have removed posters of women in full make-up and fashionable hair styles once displayed on their doors.

Iconography of the slain anti-Taliban commander Ahmad Shah Massoud in his trademark Pakol cap that adorned almost every neighborhood of the city has been covered up.

Fewer women and girls are seen moving between markets and cafes, many too afraid to leave the house after the takeover, or with no money to spend after losing their jobs.

Vehicles all but vanish after dark, as extra Taliban checkpoints spring up.

And on a hilltop overlooking Kabul, the black, green and red flag of the former regime has been taken down.

The flagpole now stands bare in the middle of a snowy garden.