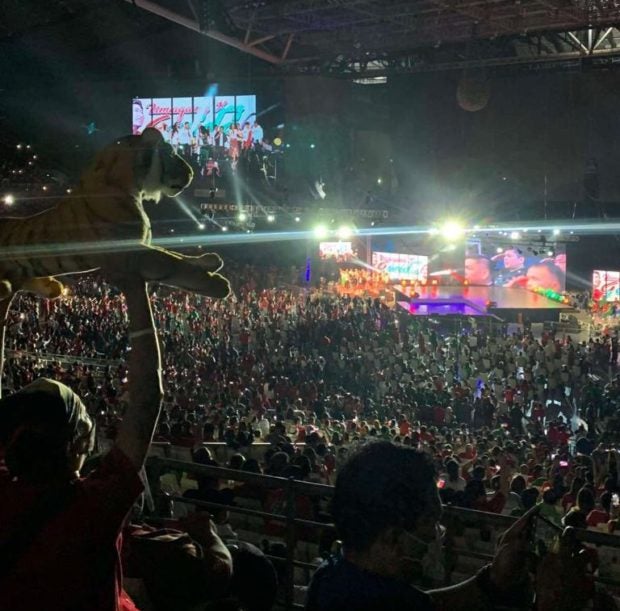 MANILA, Philippines — Red and green flooded the Philippine Arena in Bulacan on Tuesday as the tandem of Ferdinand “Bongbong” Marcos Jr. and Sara Duterte-Carpio kicked off their presidential and vice-presidential campaign for the May 9 elections.

According to the camp of Marcos Jr., at least 25,000 supporters flocked at the Philippine Arena, dubbed as the world’s largest indoor stadium.

Atty. Vic Rodriguez, spokesperson of Marcos Jr., assured that minimum public health protocols would be observed during the launch.

The tandem is also set to formally introduce their senatorial slate during their proclamation activity.

Rodriguez said Marcos Jr. and Duterte-Carpio are planning to complete their senatorial list and may announce the candidate for the 12th spot in the coming days.

Rodriguez, however, denied this.

“You’re reading too much between the lines. We have not said anything close to that. Ito ay venue lamang,” Rodriguez told reporters.

Based on the most recent Pulse Asia survey released in December 2021, Marcos Jr. and Duterte-Carpio lead the presidential and vice presidential race, respectively.