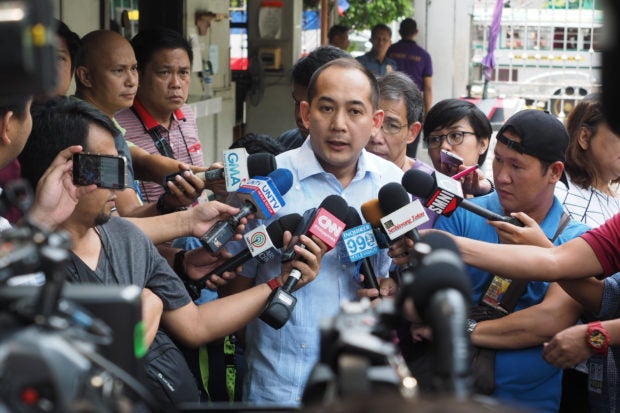 MANILA, Philippines — The Philippine Arena is “just a venue.”

Atty. Vic Rodriguez, the spokesperson of presidential candidate Ferdinand “Bongbong” Marcos Jr., had this to say Tuesday in response to speculations that Iglesia ni Cristo (INC) is endorsing the Marcos-Duterte tandem after it opted to hold its proclamation rally at the Philippine Arena.

“You’re reading too much between the lines. We have not said anything close to that. Ito ay venue lamang [This is only a venue],” Rodriguez told reporters.

(We chose this because this is the biggest and can accommodate thousands of our supporters.)

Rodriguez said they would have held the proclamation rally in a different venue if a bigger venue was available.

“This is just a proclamation rally. We just chose this venue kasi ito nga yung pinakamalaki. Kung meron lang mas malaki pa edi baka doon kami to accommodate more supporters and followers [This is the biggest but if there are other bigger venues, we were probably be there] ,” Rodriguez said.

The tandem of Marcos Jr. and Davao City Mayor Inday Sara Duterte-Carpio—which has dubbed themselves as the “UniTeam”—will hold their proclamation rally on Tuesday, 4 p.m., marking the start of their campaign.