Abalos resigns as MMDA chair to campaign for Marcos 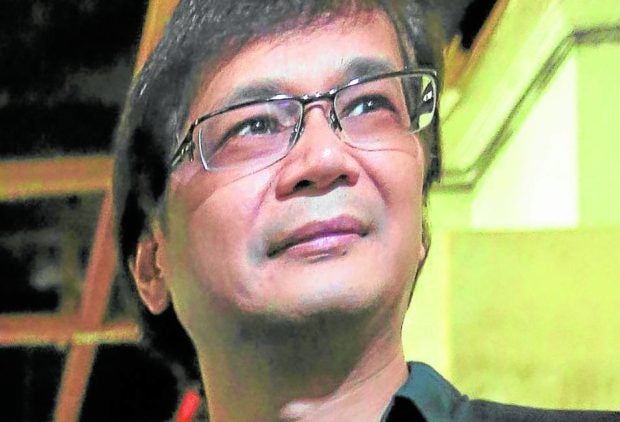 MANILA, Philippines — Metropolitan Manila Development Authority (MMDA) Chair Benjamin “Benhur“ Abalos Jr. on Monday resigned his post, which he had held for more than a year, to become the national campaign manager for the late dictator’s son and namesake Ferdinand “Bongbong” Marcos Jr.

In a press conference, Abalos—formerly the mayor of Mandaluyong City—said his resignation was effective at the end of the business hours of Feb. 7, or a day before the official start of the national campaign period.

“The campaign period is fast approaching and I would need to devote my time to Marcos’ campaign as his national campaign manager. While I am extremely saddened by this, I wish the agency success in its every program, project and initiative for the betterment of the metropolis,” Abalos said.

Abalos had taken over the MMDA when its former chair, Danilo Lim, died of COVID-19 complications in 2021.

A seasoned lawyer and former chief executive himself, Abalos was known for harmonizing the notoriously divided Metro Manila Council, composed of the 17 Metro Manila mayors.

Among others, he helped create major decisions about the capital region’s pandemic response, including the order not to allow the unvaccinated to go out, as well as the “Vax As One” vaccination program of Metro Manila.

Abalos’ father, Benjamin Abalos Sr., was appointed by the late President Corazon Aquino as officer in charge of Mandaluyong after the 1986 Edsa Revolution that deposed former President Marcos.

Pending the appointment of the next MMDA chair, Abalos designated incumbent MMDA General Manager Romando Artes as the agency’s officer in charge.

But President Duterte has the final prerogative to appoint the next chair of the MMDA.

The tandem of presidential candidate Marcos and Davao City Mayor Sara Duterte is confident that former MMDA chair Benhur Abalos could “further solidify and ensure” their chances of winning in the May elections.

“His sensible and wise leadership experience would play a big factor in leading the UniTeam to its desired victory, which consequently would be a win for the Filipino people,” the UniTeam said in a statement after Abalos on Monday resigned as MMDA chair to be the national campaign manager of Marcos.

According to Abalos, he decided to join the UniTeam because he believes in the “unifying leadership” of Marcos and Duterte.

“It’s what we really need, especially that we are emerging from a pandemic,“ he said.

“Kind, competent, and humble. That is the Bongbong Marcos I have known even before and these are the qualities that we need to finally unite the country,” he added.

In the 2016 elections, Abalos also served as the campaign manager of Marcos for Metro Manila.