Duterte not supporting any presidential bet ‘at this time’ 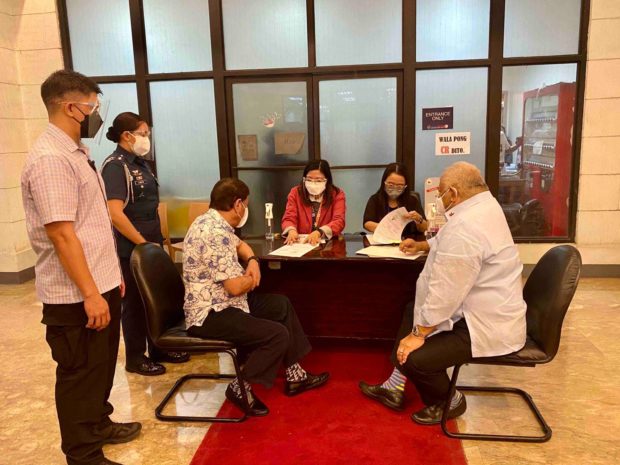 President Rodrigo Duterte withdrew from the 2022 senatorial race in December 2021. (Photo courtesy of Office of the President Events Management Cluster)

MANILA, Philippines — President Rodrigo Duterte said on Monday, the eve of the start of the 2022 election campaign, that he was not supporting any presidential aspirant “at this time.”

In his taped weekly “Talk to the People,” Duterte said almost all of the aspiring presidents had communicated with him — “in one way or the other” — seeking his endorsement in the May 9 polls.

However, he said still had to make up his mind.

“I may [support one] in the end if my advice and endorsement would help — if needed. Bt at this time, I am saying I am not supporting anybody — unless there is a compelling reason really for me to change my mind and decide to support a candidate,” Duterte said, speaking in a mix of English and Filipino.

“We are fighting a war that has been going on for the past 53 years, and we do not want to exacerbate the situation by electing a president who would compromise the interest of the government,” he added.

The president said, however, that all of those running for the presidency were qualified to do so.

“I think they are okay, except for a few misgivings about the danger of falling into a trap with the communists,” he said.

Duterte earlier supported the presidential bid of Sen. Christopher Go, but the latter later withdrew from the race.

In his previous public address, Duterte threatened to expose the faults of presidential aspirants.

Duterte to name ‘most corrupt’ presidential bet before May 9 polls