Duterte explains: Why is Bong Go always at ‘Talk to the People’ briefing? 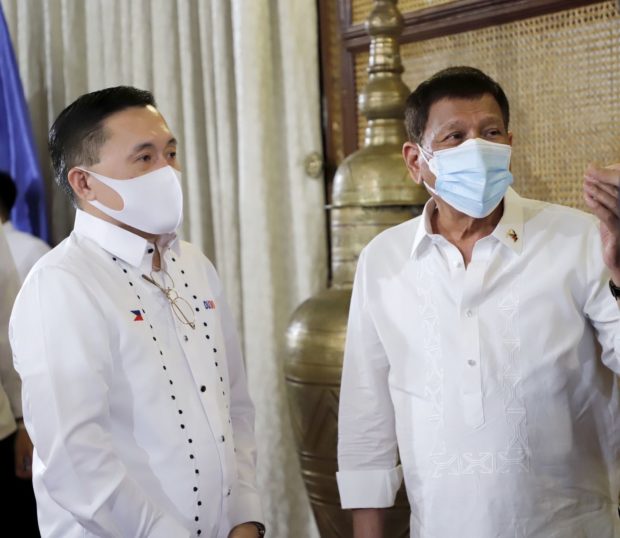 MANILA, Philippines — Sen. Christopher “Bong” Go, a longtime aide of President Rodrigo Duterte, has become a common presence during the weekly “Talk to the People” briefings despite not being a part of the Cabinet.

“I’d like to just say a few words on Sen. Bong Go — why he chooses to be here every “Talk to the People” program. You know, there are things which we do not or can’t immediately communicate to the other departments of Congress which we think are urgent and very necessary… So that’s him,” Duterte said, speaking in a mix of English and Filipino.

‘Whatever he gets here he will [spread] to the congressmen or senators if need be — regarding legislation that are important to run this government,” he added.

Go has been one of Duterte’s closest allies in his six-year stint as the president. Commonly seen with Duterte in events, Go was elected to the Senate in 2019.

In November 2021, Go announced his presidential bid under Duterte’s PDP-Laban. He, however, later withdrew from the presidential race, saying he does not want Duterte trapped in the middle ahead of the 2022 national elections.