No need for food imports if local agri sector is strengthened, says Pangilinan 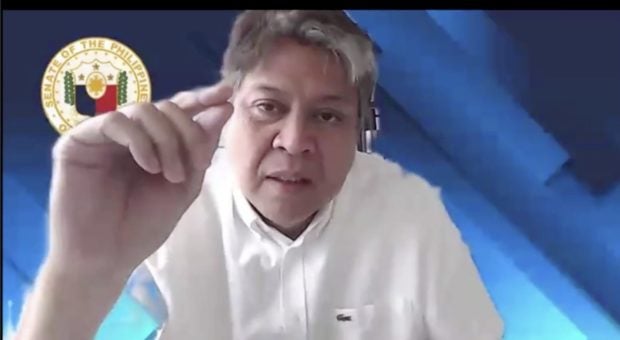 MANILA, Philippines — If it were up to him, Senator Francis “Kiko” Pangilinan said on Sunday that food security should be enhanced so that the Philippines would only import agricultural products “as a last resort.”

During the launch of his campaign in Quezon City, Pangilinan was asked if he would push for importation of agricultural products assuming that he and his presidential running mate, Vice President Leni Robredo would win the May elections.

Pangilinan noted that farmers do not plant in open lands because production costs are high while farmgate prices of their produce are being bought at very low prices.

(That is the problem when we take advantage of our farmers, they would not plant much. But, when they know that the government will purchase at the right amount, they will be engaged to plant more.)

Pangilinan said that food sufficiency will follow when productivity is given priority, thus eradicating the need for importation.

(When crops are sufficient, the supply, there won’t be a need to import. We will only import as a last resort but precisely, the priority should be to strengthen local productivity and the supply will follow.)

Earlier, the Department of Agriculture said that it will import 60,000 metric tons of small pelagic fishes, or galunggong to address the potential deficit of 119,000 metric tons during the first quarter of 2022.

In December last year, government also announced plans to increase hog import volume until the end of 2022 amid almost P3.7 billion in foregone revenues to date due to lower tariffs and still expensive pork and prevailing supply shortage up to yearend.