Violators of the Comelec-imposed gun ban now at 567 – PNP 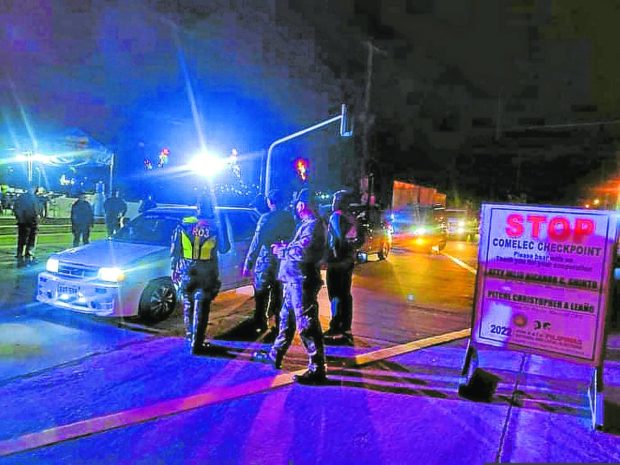 MIDNIGHT CHECK A police checkpoint is put up in front of the Bulacan provincial capitol along MacArthur Highway in Malolos City to enforce the May 2022 election gun ban that is in effect until June 8, 2022. INQUIRER file photo / CARMELA REYES-ESTROPE

MANILA, Philippines — The total number of gun ban violators has increased to 567, following the arrest of 21 more individuals, said the Philippine National Police (PNP) on Tuesday.

According to PNP’s data, a total of 21 firearms, nine deadly weapons, and 71 ammunition were confiscated during separate arrests.

As of 6 a.m. of Feb. 1, the PNP has put up 48,848 checkpoints across the country to implement the gun ban, which is in effect until June 8, 2022. The Commission on Elections (Comelec) imposed the gun ban in relation to the upcoming national and local elections.

Violators of the gun ban may face jail time of one year up to six years, disqualification to hold public office, and deprivation of the right to vote. However, regular officers, members, and agents of several law enforcement agencies and security officers who were given exemptions are allowed to carry firearms.

Campaign periods for national and local candidates are set to start on February 8 and March 25, respectively.